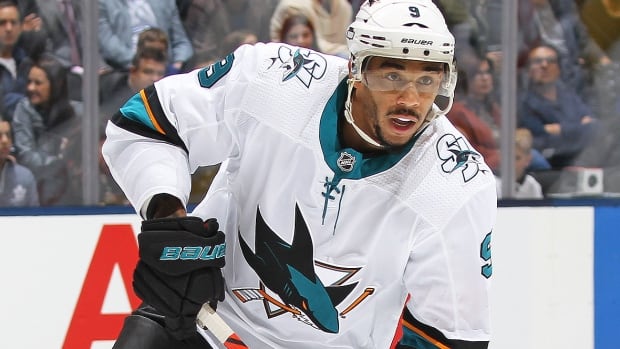 A Las Vegas casino is looking for payback, literally, from Evander Kane nearly seven months after the forward and his San Jose Sharks teammates eliminated Vegas in a first-round Stanley Cup playoff series.

The Cosmopolitan casino on Monday filed a lawsuit in Clark County District Court for $500,000 US, according to the Las Vegas Review-Journal, claiming the 28-year-old Vancouver native failed to pay back gambling markers when the Sharks were in town in late April.

The lawsuit alleges Kane withdrew eight markers between $20,000 and $100,000 US around April 15, or in between Games 3 and 4 of the opening-round playoff series in Las Vegas.

In an addition to the $500,000, the Cosmopolitan also seeks repayment of legal fees.

Kane, in the second year of a seven-year, $49 million contract, lost around $112,000 in salary this season after he was suspended three games for abusing an official during a pre-season game.

The San Jose forward’s stick made contact with lineman Kiel Murchison while slashing Vegas’s Deryk Engelland. Murchison later grabbed Kane’s jersey as they both fell to the ice. Kane was subsequently suspended three games for abuse of an official. 0:45