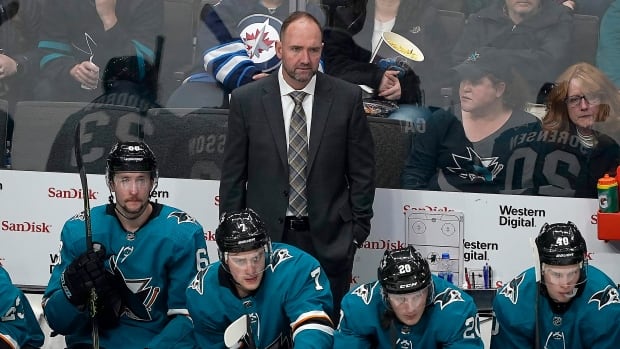 The San Jose Sharks fired head coach Peter DeBoer in a decision made solely for hockey reasons, according to multiple reports on Wednesday.

The Sharks are currently sixth in the Pacific division with 32 points in 33 games. They are five points behind Vegas for the second wild-card spot.

Peter DeBoer is out as SJ coach. Again, a hockey decision — nothing else.

Source confirms Pete DeBoer has been fired as head coach of the San Jose Sharks. Purely a hockey decision.

DeBoer, 51, was hired by the Sharks in May 2015 and led the team to the Stanley Cup final in his first campaign. The Sharks fell to the Pittsburgh Penguins in six games.

San Jose has returned to the playoffs in each season since.

DeBoer was 198-129-4 in parts of five seasons with San Jose. He also has coached New Jersey and Florida.

The Sharks host the New York Rangers on Thursday night.