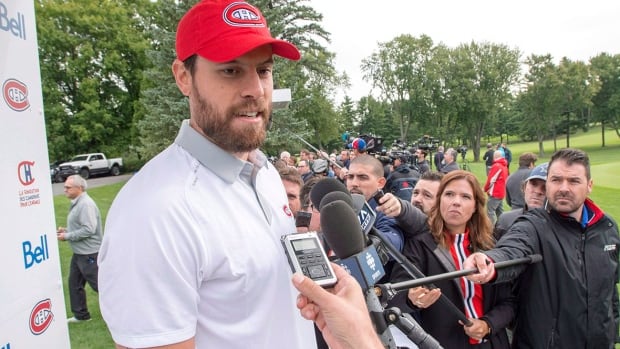 Shea Weber will become the 30th captain of the Montreal Canadiens, the team announced Monday.

But the veteran defenceman won’t be wearing the C anytime soon. Weber is expected to be out until at least December after undergoing arthroscopic knee surgery to repair a meniscal tear in his right knee over the summer.

It was the second surgery this year for Weber, who underwent a procedure to repair a torn tendon in his left foot in March.

The 33-year-old replaces Max Pacioretty, who was traded to the Vegas Golden Knights on Sept. 10.

The Sicamous, B.C., native will be the 25th Canadian-born Montreal captain and first since Vincent Damphousse (1996–1999). He was an alternate captain with the Canadiens over the last two seasons.

Weber was acquired by Montreal on June 29, 2016, in a trade that sent popular defenceman P.K. Subban to the Nashville Predators.

The veteran rearguard has 189 goals, 312 assists and 620 penalty minutes over 13 seasons with Nashville and Montreal.

Paul Byron and Brendan Gallagher will serve as alternate captains for the Canadiens in 2018-19.