Alex Ovechkin and the Washington Capitals finally broke through in the Great Eight’s 13th NHL season last spring. What will they do as an encore?

It appears the Predsidents’ Trophy-winning Tampa Bay Lightning is standing in the Capitals way in the East. The Lightning scored 325 goals, the most by a team in 23 years and clinched a playoff spot way back on Mar. 9.

Betonline.ag has listed the Lightning as a 2-1 favourite ahead of the Calgary Flames (8-1), Boston Bruins (9-1) with the Nashville Predators and Capitals at 14-1.

The Toronto Maple Leafs will once again be battling the Boston Bruins in the opening round. Can the Leafs finally break free of Boston’s grasp?

Here is a glance at the first-round matchups in the Eastern Conference:

The skinny: All roads to the Stanley Cup championship lead to Tampa Bay this spring. The Lightning checked in with a record-tying 62 wins, first in goals, seventh in goals against, first in power play and first in penalty killing. Tampa Bay is out to win the rare Presidents’ Trophy-Stanley Cup double for the first time since the Chicago Blackhawks in 2013 and only the sixth team to accomplish the feat in the last two decades.

Tampa Bay right wing Nikita Kucherov won the Art Ross Trophy as the league’s leading scorer with 41 goals and 128 points. He set club records for most assists (87) and points, and snapped Alex Mogilny’s 25-year-old record for most point in a season by a Russian at 127.

The Blue Jackets went 7-1-0 in their final eight games and clinched a playoff spot with a shootout win against the New York Rangers last Friday. They added Matt Duchene, Ryan Dzingel and defenceman Adam McQuaid at the trade deadline. Along with Artemi Panarin and goalie Sergei Bobrovsky, this group could become unrestricted free agents in the summer.

Player to watch: Tampa Bay defenceman Victor Hedman. The reigning Norris Trophy winner missed the final four games with an upper-body injury, but has looked good in practice this week. He quarterbacks a power play that scored six times in three encounters against the Blue Jackets. 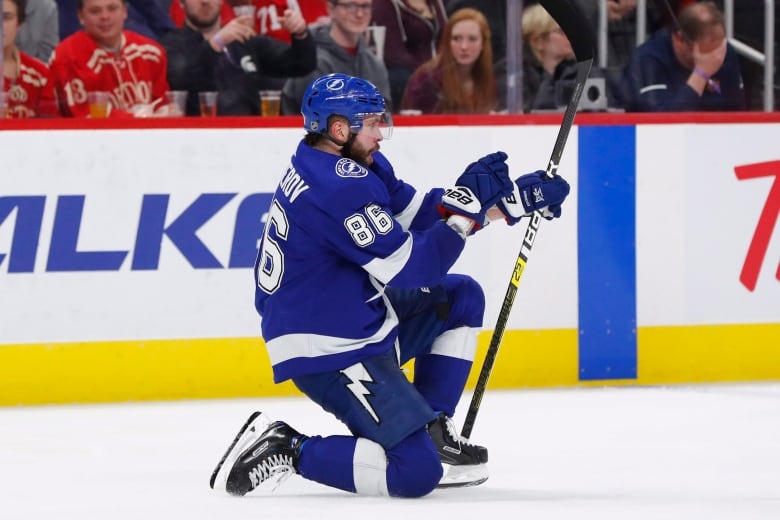 Carolina was 10 points out of a playoff spot on Dec. 29. First-year coach Rod Brind’Amour, who captained the Hurricanes to their only Stanley Cup in 2005-06, did a masterful job in steering his hard-working team to a 31-12-2 finish to clinch the club’s first playoff appearance since 2009.

A change of teams from Calgary to Carolina did defenceman Dougie Hamilton a world of good. He finished second among defencemen in league scoring with 18 regular-season goals.

Player to watch: Carolina captain Justin Williams. The 37-year-old forward is a three-time Stanley Cup champion and played for the Capitals in 2015-16 and 2016-17 before moving back to Carolina last season.

Prediction: Capitals in seven. Carolina will be a handful for the defending champs, but last season’s experience will help pull out a close series.

Rob Pizzo finally admits (reluctantly) that The Great 8 is the greatest goal scorer of all-time, and gives 9 reasons why. 2:03

The skinny: The Islanders were a wonderful story under new head coach Barry Trotz. They went from the worst goals-against average a year ago to first this season, the first team to turn the tables in 100 years. They also clinched home-ice advantage for the first time since 1987-88.

With veteran forward Andrew Ladd out for the season with a knee injury, the Islanders will need a massive series from second-year centre Mathew Barzal in his first foray into the Stanley Cup playoffs. Trotz transformed Barzal to a two-way player, and his production decreased this season as a result, but he only scored one goal in his final 24 games.

Penguins captain Sidney Crosby led his team into the playoffs for the 13th consecutive season. Pittsburgh will be in tough going into the hostile confines of the Nassau Coliseum, but the Penguins have plenty of motivation since Trotz steered the Capitals past Pittsburgh in the second round a year ago.

Player to watch: Islanders centre Valtteri Filppula. He was supposed to be out a month with a hyperextended elbow. But he returned for the regular-season finale. With the Penguins fifth in power-play success, Filppula’s penalty-killing excellence will be needed.

Prediction: Penguins in six. Crosby and the Penguins will have too much offence for their opponents. 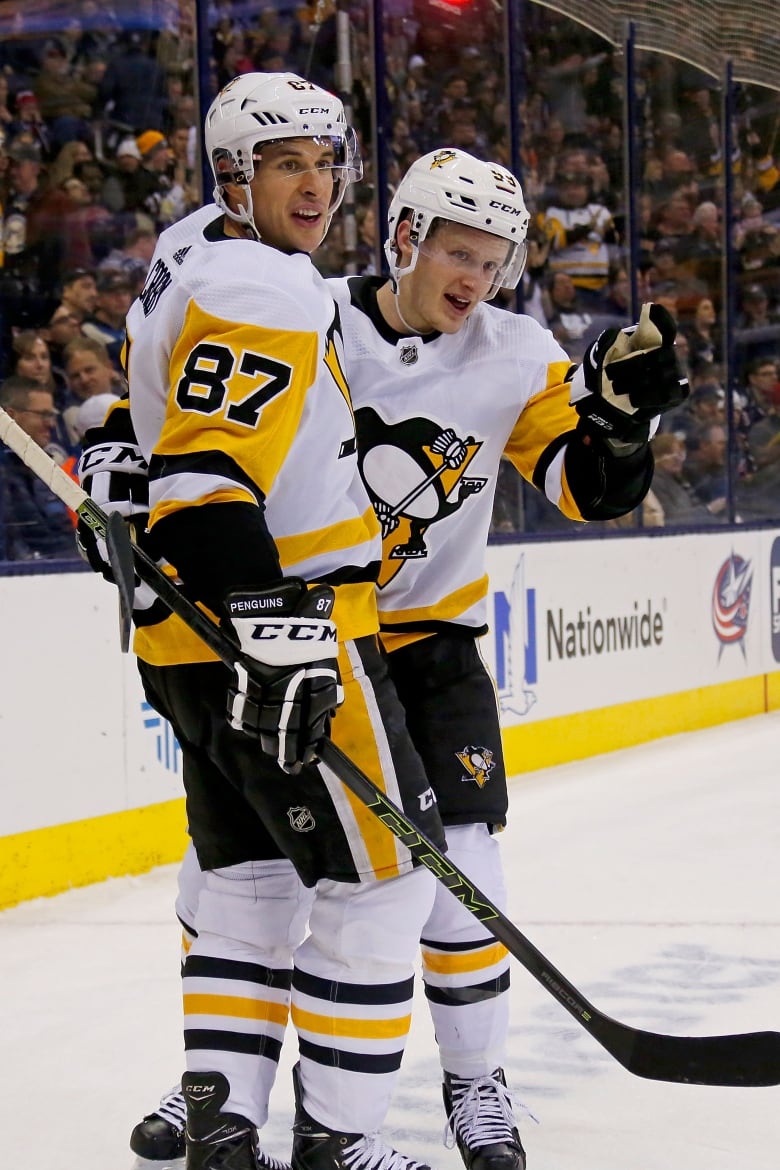 All eyes will be on Penguins captain Sidney Crosby, left, as Pittsburgh shoots for another Stanley Cup. (Kirk Irwin/Getty Images)

The skinny: The only two original-six teams to make the playoffs will meet for the third time in six years. They concluded the regular season going in opposite directions. The Bruins finished strong with a 22-7-4 run, while Toronto stumbled home with a 4-7-3 slump in its final 14 outings.

The Maple Leafs have not won a playoff series since 2004 when they defeated the Ottawa Senators in seven games in the first round. Toronto goalie Frederik Andersen has to be on his game, play more as he did earlier in the year and overcome his late-season swoon.

Player to watch: Toronto centre Auston Matthews. He was a non-factor in last year’s meeting between these two clubs, scoring just once in seven games. He needs to play more like the Matthews in his rookie season when the stare centre scored four times in the Maple Leafs’ six-game loss to the Capitals.

Prediction: Bruins in six. Boston will continue to be too physical, too intense and score too many timely goals against its division rivals.

Sean Kuraly figured in on all three Boston goals, as the Bruins beat the Toronto Maple Leafs 3-2. 2:06