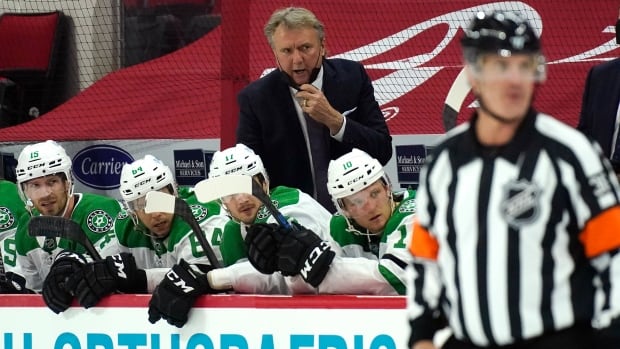 Dallas Stars coach Rick Bowness didn’t return to the bench for the third period of Sunday night’s game against the Carolina Hurricanes due to COVID protocols.

The team announced the development in between the second and third periods.

Assistant Coach John Stevens took over head coaching responsibilities for the remainder of the game.

Carolina won 1-0 with a goal from Jordan Martinook.

On Saturday, Dallas goalie Anton Khudobin was placed in the league’s COVID protocol. He had been the expected starter for that game, but rookie Jake Oettinger had in 41 saves in a 3-2 victory.