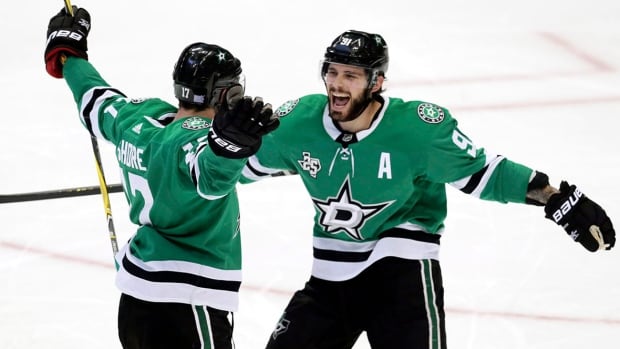 The Dallas Stars signed centre Tyler Seguin to an eight-year contract worth $78.8 million US, the team announced Thursday. Seguin will receive an average annual salary of $9.85 million.

The Stars used a unique way to announce the signing on Twitter.

Seguin, 26, tied for seventh in the NHL with a career-high 40 goals last season, ranked second on Dallas with 78 points while playing in all 82 regular-season games.

“I’m thrilled to have this signed going into the season,” Seguin said in a statement released by the Stars.

“Dallas has become home to me and I love this organization.  In my time over the last five years with Tom Gaglardi and Jim Nill, it is clear how bad they want to win and have a model franchise.  To be a part of that leadership group for the next nine seasons is an honor, and I can’t wait to get this season started with my teammates.”