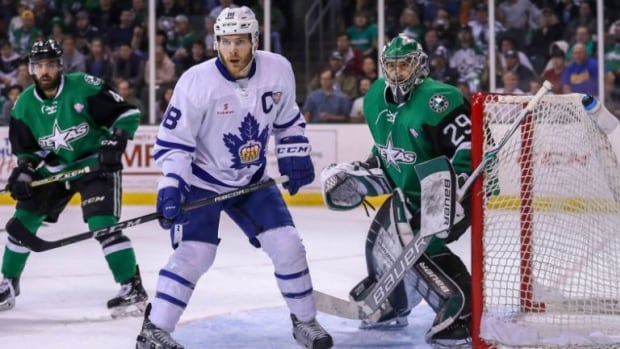 The Calder Cup final is down to a best-of-three.

Curtis McKenzie scored twice as the Texas Stars downed the Toronto Marlies 3-2 on Thursday to even the American Hockey League championship at two wins apiece.

The Stars host Game 5 on Saturday, with Games 6 and 7 of the best-of-seven set scheduled back at Toronto’s Ricoh Coliseum.

Justin Dowling had the winner for Texas midway through the third period.

Andreas Johnsson and Dmytro Timashov scored for the Marlies.

Mike McKenna made 29 saves for the win as Garret Sparks stopped 15 shots in a losing cause.

McKenzie opened the scoring on the power play at 10:50 of the first period, then doubled his team’s lead early in the second.

Johnsson and Timashov responded with goals 47 seconds apart to make it 2-2.

Dowling put away the winner 9:58 into the third.