The Texas Stars defeated the Toronto Marlies 5-2 on Tuesday night to force a deciding seventh game in the Calder Cup final.

Curtis McKenzie, Travis Morin and Austin Fyten scored in the second period to silence the raucous sellout crowd at the Ricoh Coliseum.

Sheldon Dries added a short-handed goal in the third for the Stars and Colin Markison had an empty-netter. 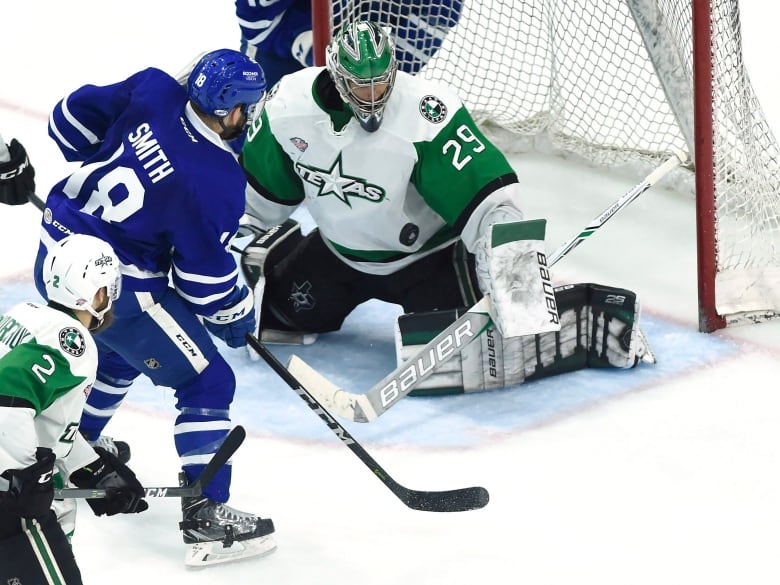 Game 7 is set for Thursday night in Toronto. The American Hockey League uses a 2-3-2 playoff format.

Brimming with confidence after an emphatic 6-2 road win in Game 5 on Saturday, the Marlies dominated the opening period but couldn’t find the back of the net.