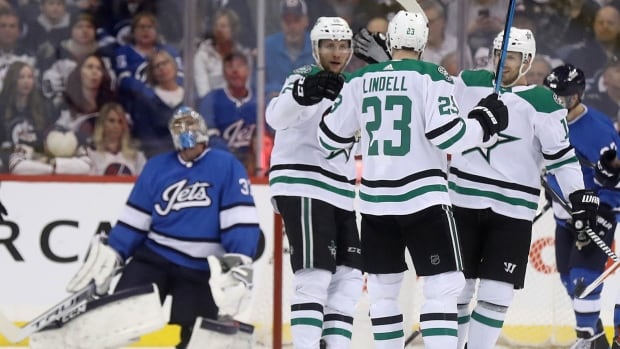 Tyler Seguin and Radek Faska each scored twice as the Dallas Stars ended a two-game losing skid with a 5-2 victory over the Winnipeg Jets on Monday.

Esa Lindell also had a goal and Alexander Radulov contributed a pair of assists for the Stars (39-31-6), who continue to hold the first wild-card spot in the Western Conference.

Ben Bishop stopped 21 shots for Dallas to record the 200th win of his career.

Kyle Connor had a goal and one assist and Patrik Laine ended a 12-game scoring drought for the Jets with his 30th goal of the season.

Connor Hellebuyck made 32 saves for the Jets (45-27-4), who still sit in first place in the Central Division, two points up on Nashville with a game in hand.