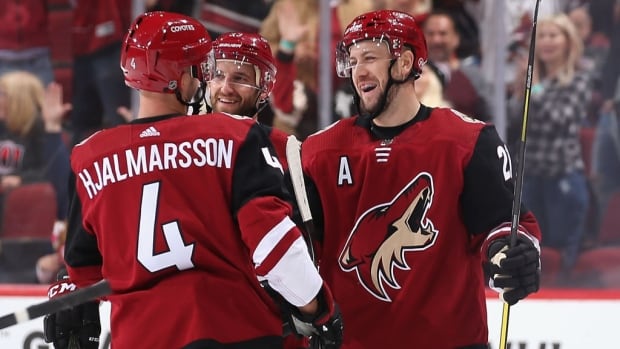 Derek Stepan scored a short-handed goal from his own blue line in Arizona’s three-goal first period and Antti Raanta stopped 25 shots, lifting the surging Coyotes to a 5-1 victory over the Ottawa Senators on Tuesday night.

The Coyotes chased Ottawa goalie Mike Condon with three goals on 10 shots in the first period, capped by Stepan’s short-hander. Arizona has short-handed goals in three straight games for the second time in franchise history (1985), scoring five in that span.

Alex Galchenyuk notched his first goal with Arizona and had an assist on Oliver Ekman Larsson’s power-play goal in the third period. Brad Richardson and Richard Panik also scored for the Coyotes, who have outscored opponents 20-4 during a four-game winning streak.

Alex Forementon scored his first goal of the season for the Senators, who lost their third straight.

Stepan made it 3-0 late in the first period with a tumbling puck from Arizona’s blue line that squirted through Condon’s pads and sent him to the bench, replaced by Craig Anderson.

A minute into the second period, Ottawa’s Chris Tierney had a goal waved off for high-sticking, got it reinstated after a lengthy review, then lost it after Arizona’s challenge for goalie interference was upheld.

The Coyotes challenged a goal by Forementon for goalie interference later in the period, but that one was upheld.

Arizona wasted no time pushing the lead back to three, scoring 22 seconds later when Panik beat Anderson from between the circles.