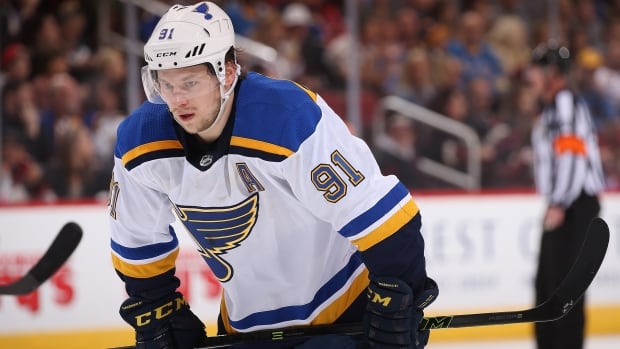 St. Louis Blues winger Vladimir Tarasenko skated with the team Monday for the first time since undergoing reconstructive surgery on his left shoulder in April.

Tarasenko appears to be on track to take part in training camp in September. His original timetable for recovery was set at four to six months, and he wasn’t set to be re-evaluated by the team until training camp.

“I need to talk about it with the doctors more, but I’m cleared to skate with the group, but only with some contact right now,” Tarasenko told the Blues’ website. “But I can shoot. I feel great and I feel stronger. I’m ready for the season.”

Tarasenko was injured in the Blues’ season finale when he was hit along the boards by Colorado Avalanche captain Gabriel Landeskog. During his rehab this offseason, Tarasenko has focused on re-establishing range of motion and strength in his shoulder.

“I just follow the instructions, just what the doctors say,” Tarasenko said. “This last three and a half months was pretty tough, both mentally and physically, too. Lots of rehab stuff, and it was the longest break ever between seasons [for me]. But you just listen to the doctors and therapist and what they tell you and just follow the plan.”