On Thursday, retired NHL enforcer Tie Domi — who was at the Habs facility in Brossard to watch his son Max — issued a challenge to the journalists who cover the Montreal Canadiens.

“Now it’s time to be positive,” Domi said, chuckling. “I hate to tell you, but that’s the way it goes. It’s your jobs and you’ve got to be positive when the team is doing well.”

He’s wrong. A sports reporter’s job is not to be a cheerleader for the team, but the sentiment behind his comment is on track.

After the team was borderline unwatchable in the 2017-18 season, Habs fans are more than ready to hear some good news.

And it has been good, so far. The team is off to an unexpectedly hot start, earning a record of 4-1-1 in their first six games. Coming into training camp, few saw this coming.

Habs General Manager Marc Bergevin made two big trades this off-season, and up to this point, both moves look fantastic.

Tomas Tatar was part of a package the Habs got from Vegas in exchange for captain Max Pacioretty, and in his first six games he’s made a great impression.

Not only is he leading the team in scoring with eight points. but he’s also showing finesse skills with the puck that the club hasn’t seen since the likes of Alexei Kovalev, and a compete level that reminds some of Alex Radulov.

Tatar seemed like a depreciating asset when he arrived. His time in Vegas after being traded from Detroit last season did not go well, but he’s fitting in great in Montreal.

“I didn’t have the best start in my career, and obviously it’s good we’re winning. You know, we’re enjoying it right now,” Tatar said after setting up Brendan Gallagher’s winning goal over the Blues, Wednesday night. 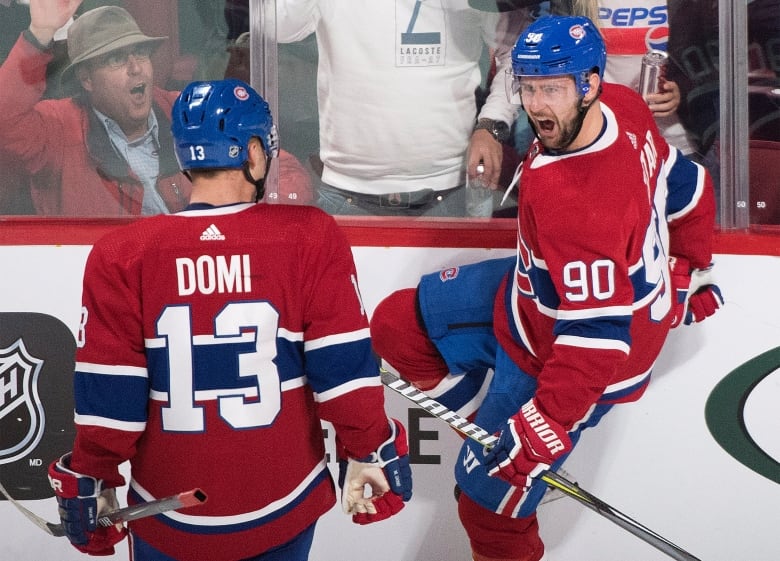 Pacioretty, meanwhile, has only one goal in his first seven games in Sin City.

The other big trade was when Bergevin moved former third overall draft pick Alex Galchenyuk to Arizona in exchange for Max Domi.

At the time fans were appalled with what they saw on paper. Galchenyuk was once a 30-goal scorer and Domi’s offensive numbers weren’t even close.

“Playing in a market like this is something I’ve dreamed of my whole life,” he said. “Some people don’t like that and others thrive in that. I’d like to think that it brings out the most in our group here.”

Domi has five points so far this season. Galchenyuk has yet to play a game, sidelined with a knee injury.

Mike Reilly emerges on the blue-line

With Shea Weber unable to play until at least Christmas, perhaps no one has stepped up to fill the void more on the Habs blue-line than Mike Reilly.

Reilly scored his first goal Wednesday night and was the team’s second most-used defenceman, behind only veteran Jeff Petry.

Not bad for a guy who the Minnesota Wild had essentially given up on last March. The Habs traded a fifth-round pick for him, and it looks like a steal of a deal. 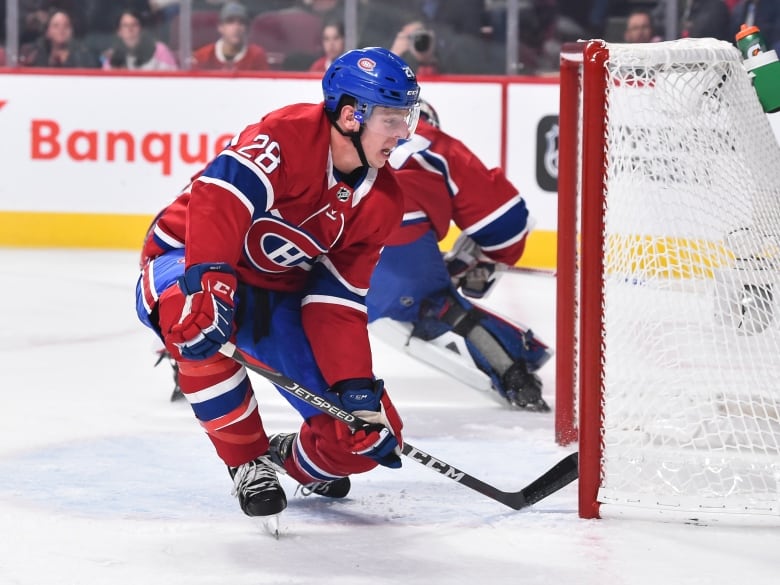 Mike Reilly has been coming through to fill the gap left by Shea Weber. (Minas Panagiotakis/Getty Images)

“It’s been a good fit here. I think the style of play suits my game pretty well. We’re trying to play fast and get the puck to our forwards and I love playing with forwards like that,” Reilly said.

Coach Claude Julien says the plan this season was to put a team on the ice that plays quick hockey, and Reilly fits right into his new philosophy.

It’s hard to qualify an all-star such as Carey Price as a surprise, but coming into camp this year there were questions around the former Hart Trophy winner.

Since being dominant in 2014-15, Price has had a string of injuries, signed a whopper of a contract and seen his play drop below his standards last season.

Yet in the early going of this season, he’s answered many of his critics by putting in solid performances between the pipes.

The difference between this year and last year, in his eyes, is practice.

“We’re doing a good job of staying around the net and staying hungry in practice and I think that’s translating for us,” Price said. 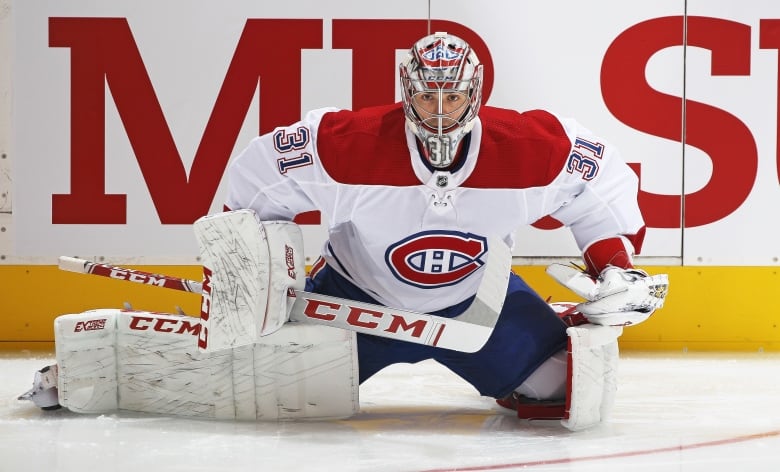 Carey Price is back on the ice and is looking good so far. (Claus Andersen/Getty Images)

But while there are a lot of positives for the Habs early on this year, Price is well aware that there is still a long road ahead.

“This was our goal, to come out and have a good start. We’ve accomplished that. Now we just have to keep working on our game and keep striving to get better.”

Fans have reason to be cautious too. After all, in recent years — see the 2015-16 season — the Habs had a good start only to have everything go off the rails.

But for now, Tie Domi gets his wish. It is the time for optimism and focusing on the positive because contrary to what many of us thought, the Habs don’t stink.