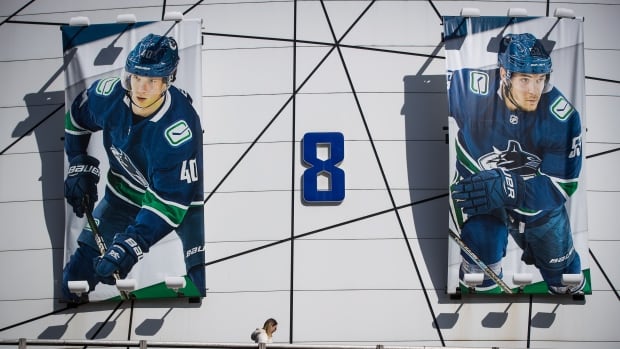 The benefit of being one of the “hub cities” chosen to allow the NHL to complete its regular schedule will probably be more promotional than financial.

There also could be pressure placed on authorities to maintain social distancing among fans and ensure regulations about the number of people in bars and restaurants are maintained.

Vancouver, Edmonton and Toronto are among the Canadian cities who have shown an interest in the possibility of the NHL having groups of teams play in low-risk hubs. Between 11 and 14 teams have submitted proposals to the NHL to serve as city hubs, according to The Athletic. Under this scenario, players would be housed in local hotels and travel back and forth to the arena. Games would be played without fans in attendance.

“Does it mean that we’re going to have an electric environment with amazing excitement and city buzz and a huge amount of economic impact in the downtown core?” said O’Donnell. “I would say that it would be tempered. But certainly, it would bring a spotlight onto Edmonton.”

Ian Tostenson, president and CEO of the BC Restaurant and Foodservices Association, said not having fans in the arena means people won’t be stopping for food and drinks before or after the game.

“There might be a little bit of bar action, but it all depends on where we are with the re-opening of restaurants,” he said.

“Without any spectators, I would imagine that the sort of consumer incremental affect would be quite minimized. Where it could be good is in the continuation of people ordering food in and doing delivery, but it’s not going to do a lot, I don’t think, for the downtown core.”

NHL teams might spend “a swatch of money” on hotels but “those room occupancies are a fraction of what the hotels should be doing at this time of year,” said Tostenson.

WATCH | Top goalies on what makes Ovechkin’s so tough to stop:

The NHL was forced to pause its season on March 12 due to the COVID-19 pandemic. There were 189 games left in the regular season when the league halted play.

Colin Campbell, the NHL’s senior executive vice-president and director of hockey operations, told Sportsnet that interested cities would have to meet several criteria.

B.C. Premier John Horgan said he has written to the NHL and the players’ union to offer the province as a venue.

O’Donnell said his association has been working with the Oilers and provincial government. Having the games in Edmonton would help promote the city.

“There would be obviously a lot of media here, who might be able to do some other stories… and talk about our city,” he said.

Ontario Premier Doug Ford said he’s been in touch with the Toronto Maple Leafs’ parent company about the city serving as a host city.

Laurel Walzak, an assistant professor at the RTA School of Media at Ryerson University, said hosting games would be a morale boost for the city.

“I would say this is more of an awareness and marketing campaign versus it being about pure economics,” she said. “It gives the city an opportunity to demonstrate what the city or province is doing during this time period and that they are capable and able to manage the situation.”

Some health officials have said restrictions on social contact could remain for months.

David Legg, a professor of sports management at Mount Royal University in Calgary, said enforcing social distancing rules could be difficult when it comes to celebrating fans.

“If restaurants are opening at 50 per cent, how is it all being policed?” he said. “If the Oilers are playing the Flames on a Saturday night and people are wanting to walk up and down Jasper Ave., how are they going to police staying two metres away from one another?”

Walzak said the league, players and broadcasters will have a responsibility to remind fans to follow local guidelines.

“The players and broadcasters can have influence over the fan base to let them know [to] ‘please continue to be safe,'” she said.