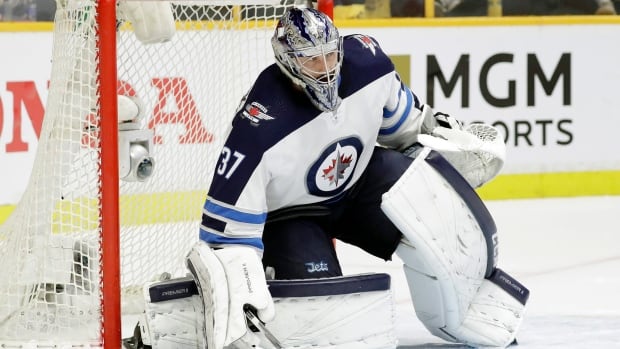 The Winnipeg Jets have locked up their starting goaltender for another six seasons.

The deal shakes out to an annual value of nearly $6.2 million.

Hellebuyck backstopped the Jets to the Western Conference final this spring, posting a 9-8 playoff record that included two shutouts, a 2.36 goals-against average and a .922 save percentage in 17 games.

Hellebuyck won 44 games for the Jets last season — the eighth highest season win total in NHL history. He set single-season franchise records for wins (44), shutouts (6) and save percentage (.924) in a career-high 67 games for the Jets.

The native of Commerce, Mich., was a finalist for the Vezina Trophy as the NHL’s top goaltender and was selected to the league’s second all-star team.

Hellebuyck was a restricted free agent who was among four teammates who filed for salary arbitration.

He was drafted by the Jets in the fifth round of the 2012 NHL draft.