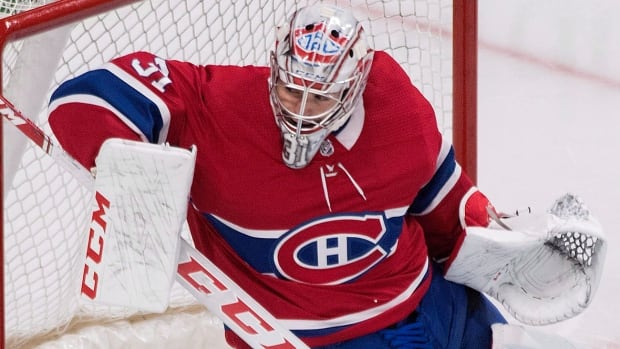 Whether it was snipers missing the mark, goaltenders watching their numbers implode or players not living up to their salaries, last season was one that a few NHLers would rather forget.

Here are five players looking to bounce back in 2018-19 after disappointing performances last season:

Toews is coming off the worst season of his career, setting career lows in both goals and points produced in an 82-game season. While always considered elite for his two-way game, his offensive decline could be troublesome for a Blackhawks team that also missed the post-season for the first time since 2008. The 30-year-old captain, who helped make Chicago relevant again after years of struggles, has five years to go on his eight-year, US$84 million contract. He has a salary cap hit of $10.5 million but finished 102nd in league scoring, which works out to $201,923 for each point he produced last year.

Carey Price won the Hart Trophy as league MVP in 2015, and if Montreal wants to be competitive this year it will need him to be back in that type of form. Since taking the league’s top honour, the 31-year-old has held a .915 save percentage, only good for 22nd among goalies who have played at least 100 games over the past three seasons. He struggled to a career-low save percentage and the eighth highest GAA last season, and now has a new eight-year, $84 million contract kicking in for 2018-19. Staying healthy is key for Price, who has had one injury after another, including a concussion last year.

Shattenkirk put up a career-high 56 points in 2016-17 and was in demand when he hit free agency that summer, but his first season after inking a four-year, $26.6 million deal with the Rangers started off the wrong way and never got better. It turned out that the 29-year-old had a meniscus tear in his left knee that he played through before being shut down in January for surgery. Other than the lockout-shortened 2012-13 campaign, Shattenkirk has produced at least 30 assists and 40 points in six straight seasons to begin his career until last year’s snag.

Pacioretty is hoping his recent change of scenery can help get him back to the elite sniper he was before last season. The former Canadiens captain averaged 35 goals over four seasons with Montreal before dipping to 17 last year. Now with the Golden Knights after an off-season trade, the 29-year-old has been removed from all the white noise in Montreal and is optimistic that he can improve on his career-worst shooting percentage (8 per cent).

Pavelski had a slow start to the campaign last year and finished with his fewest amount of goals since 2010-11. While his production picked up as the season went on, he fell well below the average of 74 points and 36 goals he had in the four previous seasons. The 34-year-old didn’t hurt for scoring chances, putting 224 shots on net, but at times seemed snake bitten, . A bit more luck on his scoring opportunities and with star defenceman Erik Karlsson there to assist on the power play, he can hopefully show last season wasn’t the start of a decline with age.