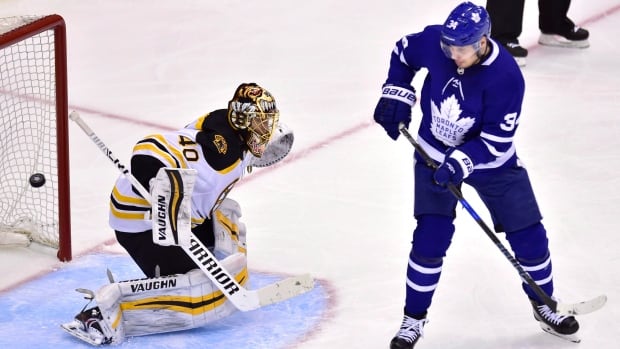 The thing about the Stanley Cup playoffs is the first round usually produces the most compelling hockey.

Maybe it’s because that after a long six-month-plus, drawn-out regular season the players, coaches and fanatics can’t wait for the level of hockey to increase a few more degrees.

Or maybe it’s because the first round has been a home to upsets. The Chicago Blackhawks were the West regular-season champs in 2016-17 and got bounced in a sweep by the eighth-seeded Nashville Predators.

The Predators also took out the Pacific Division-champion Anaheim Ducks the previous spring.

The Presidents’ Trophy-winning Vancouver Canucks were eliminated swiftly in five games by the Los Angeles Kings in 2012. Two years earlier, the Montreal Canadiens turned the same trick on the league-leading Washington Capitals. You get the idea.

So which potential first-round series are the most intriguing in three weeks? Here are four potential matchups we’d like to see:

Alex Ovechkin versus Sidney Crosby never gets old. The pair first clashed at the 2004 world junior championship and entered the NHL together as generational talents 20 months later. They have gone head-to-head at two world juniors, two Olympic Games, two world championships and a World Cup, as well as many NHL regular-season encounters.

They met in the Stanley Cup playoffs for the first time in the second round in 2009 and not again until 2016 for the first of three consecutive second-round series. Crosby and the Pittsburgh Penguins won the first three meetings and we all know how last spring’s clash concluded with Ovechkin and his Capitals finally coming out on top.

This time, we may not have to wait until the second round if the Carolina Hurricanes’ surge continues and drops Pittsburgh into the first wild-card position.

Ideally, it would have been nice to have seen the Canadiens and Toronto Maple Leafs scratch a 40-year playoff itch in the first round. They haven’t met in the post-season since 1979.

The Bruins and Maple Leafs, however, are destined to knock heads in the opening round for the third time in six years. In both 2013 and last year, the Bruins saved their best for last to pull out a pair of game-seven finales at home to send the championship-starved Maple Leafs packing.

On both occasions, the Bruins blew a 3-1 series lead to allow Toronto to force a deciding Game 7. Home ice also didn’t mean much until the critical finale. In Games 1 thru 6 in 2013 and 2018, the visitors won six of the 12 outings. But the Beantowners used their home crowd to rally for come-from-behind wins to clinch both series.

With the Maple Leafs recent swoon — four losses in their last five outings — the Bruins are a cinch to secure home ice in the first round at the TD Garden, a building where they have put together a 28-7-3 record this season. Only the league-leading Tampa Bay Lightning has a better record at home at 31-6-2.

The last time the Calgary Flames head coach Bill Peters was in the Western Conference playoffs was in 2013 when he was an assistant coach with the Detroit Red Wings. The Red Wings were on their way to pulling off a David vs. Goliath upset, leading the Chicago Blackhawks 3 games to 1 in the second round. But the Blackhawks won Game 5, current Calgary forward Michael Frolik scored the game winner in the next game on a penalty shot midway through the third period and Blackhawks defenceman Brent Seabrook scored early in overtime in the series finale.

While Frolik and the Flames are closing in on the Western Conference regular-season championship, the Blackhawks are making a valiant effort to finish strong and nab the final playoff spot in the West.

Chicago has gone 16-6-1 since mid-January. Peters may not want to see the Blackhawks get in, but it would be nice to see another post-season appearance by the three-time Stanley Cup-winning nucleus of Jonathan Toews, Patrick Kane, Duncan Keith and Seabrook after they missed the playoffs last year.

It was 23 years ago when NHL commissioner Gary Bettman aided and abetted the divorce of the original Jets franchise from Winnipeg and helped the Coyotes set up shop in Arizona. That relocation translated into a 15-year absence of the NHL in Winnipeg until the True North ownership group was able to snatch the old Atlanta Thrashers franchise and move Blake Wheeler and the boys to Manitoba.

The return of the NHL has been a massive success in Winnipeg. They have routinely filled the 15,294-seat Bell MTS Place to capacity. The same cannot be said in Arizona.

The weather is nice. But despite the Coyotes rise this season the average crowd to watch Rick Tocchet’s side perform in the desert has only been 13,763, 29th in the 31-team league.

Maybe if the two teams meet in the first round a side bet can be worked out. If the Jets win they get a winter of Arizona’s weather. If the Coyotes win they can borrow a few of Winnipeg’s loyal fans.