As goalie equipment continues to shrink, concerns about safety among some NHL goalies is growing.

Philadelphia Flyers goaltender Brian Elliott has been vocal over the recent size reduction in chest protectors and arm pads that was implemented this season.

The 33-year-old NHL veteran spoke openly with CBC Sports’ Rob Pizzo about his issues with the new equipment rule on the Hockey Night in Canada podcast, which comes out Thursday.

“The first couple days of practices, you’re making saves and you almost don’t want to get in the way of the pucks sometimes,” Elliott said of his introduction to the reduced pads. “You know a guy is shooting high and you’ve got to take it on the arm. It kind of takes away from what you need to do to perform at your job.”

The league’s focus this season was on making the equipment less boxy and more form-fitting by reducing excess padding. Rule 11.3 states that chest protectors and arm pads must be “anatomically proportional and size-specific based on the individual physical characteristics of that goalkeeper.”

Part of the NHL’s motivation is to increase scoring.

“It should be about skill and athleticism and all those exciting things that people pay to watch, as long as [the goaltenders] are protected and it’s fair from goalie to goalie,” NHL vice president of hockey operations Kay Whitmore told NHL.com. 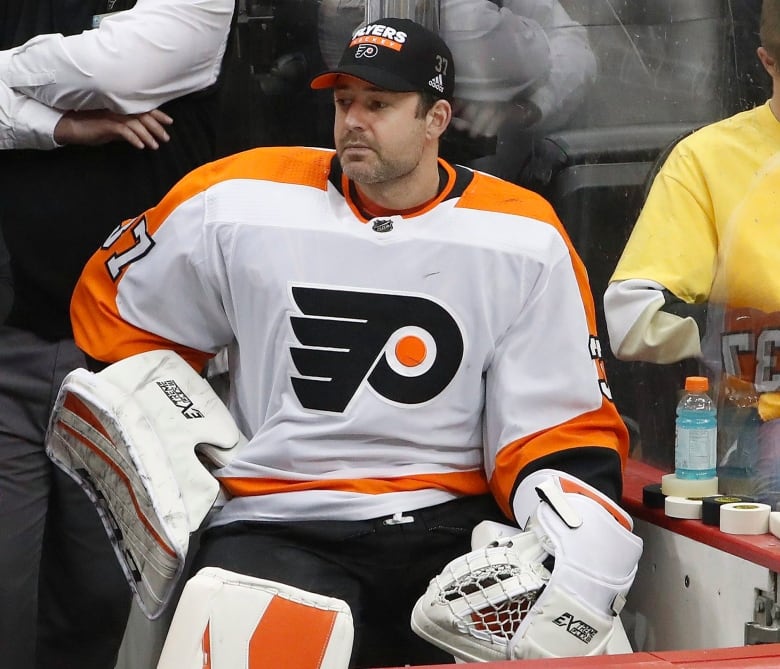 It’s quite common to see an uptick in goals early on in an NHL season — and 2018-19 has proved to be no different — but are goals really up that dramatically compared to last year?

The short answer is: not really.

Through 121 games played prior to action on Tuesday night, teams are averaging 3.10 goals per game. Last season they were averaging 3.09 through 124.

Given the improvements in stick technology for skaters, Elliott wonders if continuing to reduce the padding for goalies is the right way to boost scoring.

“It used to kind of be that there were a few guys that you had to worry about. Whether it was Shea Weber or Zdeno Chara, but now it seems like everybody kind of has that bomb of a shot that can sting you no matter where you get it,” Elliott said. “And they just keep taking stuff away from us and I don’t know if that’s the right answer.”

Click here to get full episodes of the HNIC podcast and be sure to subscribe to get a new one every week. The show is available on iTunes, Google Podcasts, Stitcher, Tune In or wherever you get your podcasts.