Matthew Tkachuk scored with 55.3 seconds left in the third period, Johnny Gaudreau followed with an overtime goal and the Calgary Flames rallied past the Buffalo Sabres 2-1 on Tuesday night.

Tkachuk tipped a shot from Elias Lindholm to tie it. Lindholm’s one-timer from the bottom of the left circle was deflected by defenceman Rasmus Ristolainen and Lindholm.

David Rittich made 28 saves for the Flames, who have won two straight.

The Sabres have points in five straight games (3-0-2) for the first time since a nine-game point streak in 2012.

Hutton was terrific for Buffalo throughout, coming up just short of his first shutout as a Sabre. He made 36 saves. 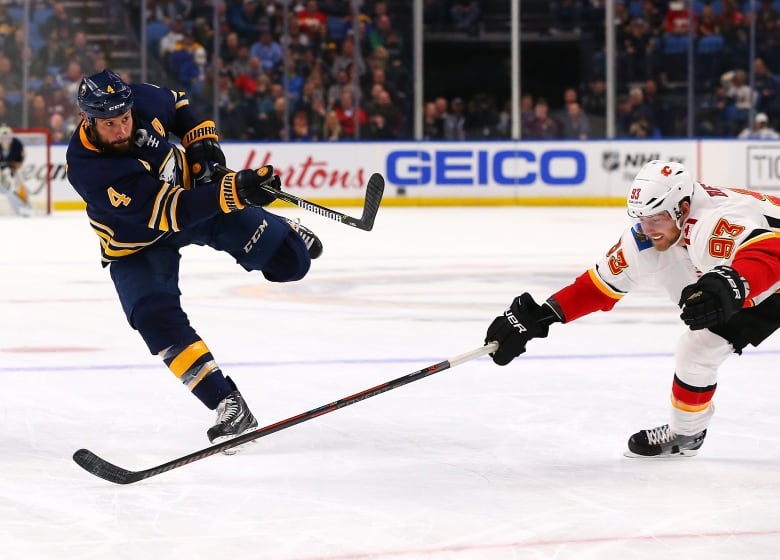 Eichel put the Sabres on the board first with a power-play goal with 3:30 left in the first period. The Sabres captain ripped a one-timer from the left circle into the top of the net, ending an eight-game goal drought.

The Flames appeared to even the score at the start of the second period but officials ruled that a whistle blew before the puck went into the net. After a sensational stick save by Hutton that prevented a Lindholm shot from crossing the goal line, the puck went into the net on a second opportunity — but officials had already blown the whistle. A replay review upheld the decision.