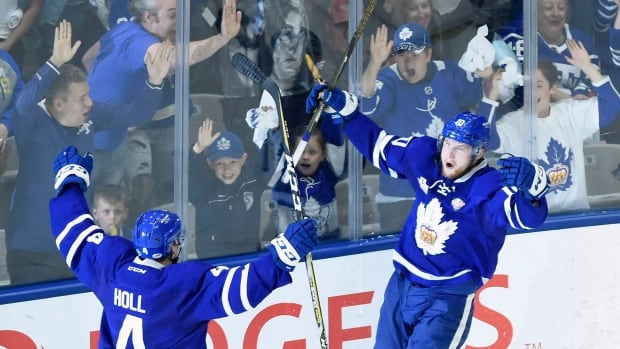 Then the Air Canada Centre was renamed Scotiabank Arena.

And now, the Toronto Marlies home rink, Ricoh Coliseum, will now be known as Coca-Cola Coliseum.

Maple Leafs Sports and Entertainment (MLSE) announced a new 10-year deal with Coca-Cola for the right to have its name and logo on the outside of the 8,300-seat arena. The announcement comes less than two weeks after the home of the Leafs switched from Air Canada Centre to Scotiabank Arena.

According to MLSE, part of the deal will see Coca-Cola donate a private suite to non-profit organizations for every Marlies home game in the 2018-2019 season.

Last month the Marlies captured the team’s first-ever Calder Cup, hosting the seventh and deciding game in front of a packed house at the coliseum.