A University of Manitoba hockey coach got called up to the big league when he was added to the roster of the Stanley Cup champions for a game against the Winnipeg Jets Wednesday evening.

The Washington Capitals, who lost to the Jets 3-1 in Winnipeg Wednesday, called on emergency backup goalie Gavin McHale after the team’s regular starter, Braden Holtby, couldn’t play due to an upper-body injury.

Regular backup Pheonix Copley played the entire game, but McHale dressed for the team and got a chance to warm up with the likes of Alex Ovechkin, Nicklas Backstrom and T.J. Oshie.

“You know, I was totally star-struck, and then the nerves started to set in, realizing the situation at hand,” said McHale, 30, in the Capitals’ locker room after the game.

“And then I settled in as the game got going, and the normalcies of hockey kind of took over.” 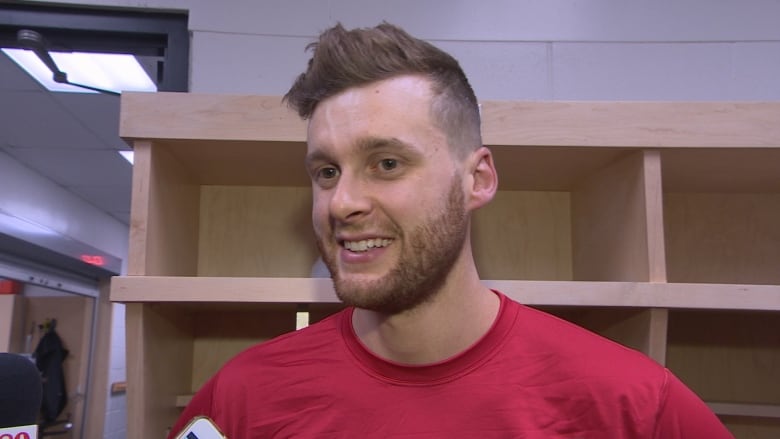 Gavin McHale spoke to media after suiting up for the Washington Capitals on Wednesday. (Travis Golby/CBC)

McHale, a Winnipeg trainer and goaltending coach for the U of M women’s team, said he was just wrapping up a practice with the team Wednesday afternoon when he glanced at his phone and saw a stack of missed calls from Jets assistant general manager Craig Heisinger and a Pennsylvania phone number.

“I was coming from the south end so I had to fight a bit of traffic but I was weaving my way in and out.” 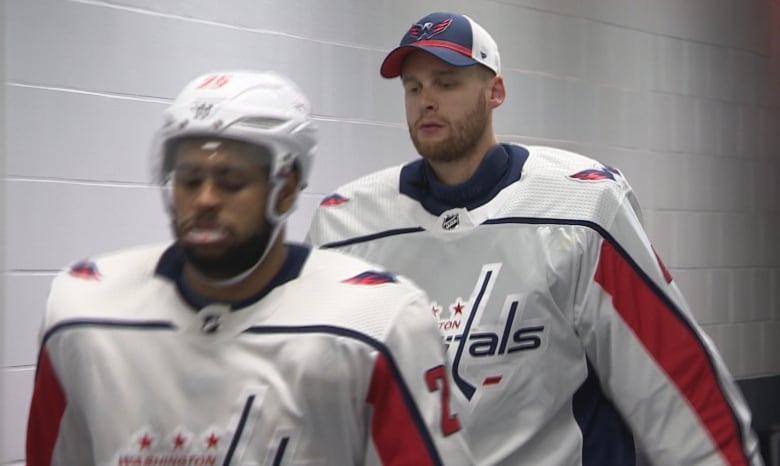 Gavin McHale walks with the Capitals back to the locker room after the team played the Jets Wednesday. (Travis Golby/CBC)

He didn’t get a chance to eat dinner before facing a shot from Ovechkin in the warmup.

“I was hoping no one saw that — pretty star-struck,” said McHale.

“And then star-struck for the next three or four after that until I kind of settled in and the guys said a couple things to me. So it was good.”

‘It just made me feel really welcomed’

McHale is one of a few emergency goalies the Jets have recruited to suit up in just such a circumstance — rare though it is.

“I think every single person in this room introduced themselves to me,” McHale said of the Capitals’ locker room. “It just made me feel a lot more calm, and they just kind of let me do my thing. I mean, they had to get ready for a game so … it just made me feel really welcomed.”

That’s what he’ll be taking away from the experience, he said.

“I think the biggest thing is … every guy in here was so nice to me and made me feel so good, that you know, just to be a good person — it’s a really important piece of what hockey players are.”

It’s not often NHL teams call up an emergency backup, but it’s the second time McHale, who is listed as 6-foot-7 and 225 pounds, has dressed for a team.

In February, McHale was notified just after the second intermission in a game against the Colorado Avalanche that he would have to don an Avalanche jersey.

Colorado goalie Jonathan Bernier had been hit in the head during the second period of play and was replaced by backup Semyon Varlamov to start the third period, with McHale rushing to get dressed as a contingency — although he didn’t play that night, either. 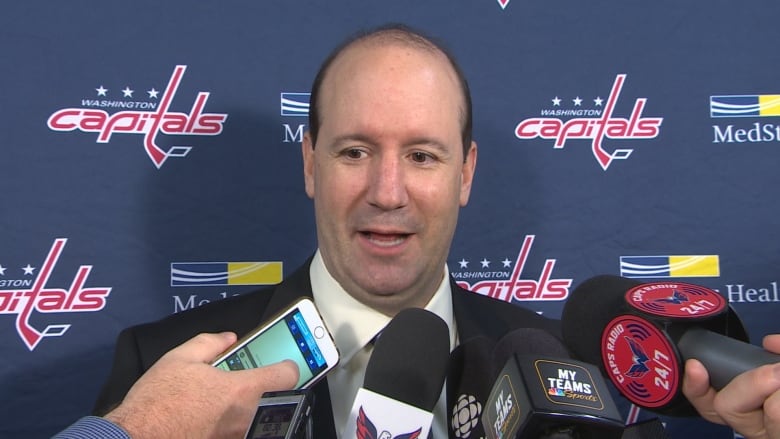 Washington Capitals head coach Todd Reirden said it’s a unique situation to have to call on emergency backups. The NHL adjusted its rules last summer to require that teams have emergency goalies present for all home games ready to fill in for either team.

“He was great coming into the room and talking to our guys. I liked having him around,” Reirden said.

“There’s a lot up in the air and hopefully we weren’t going to have to use him — but at the same time he has to be ready.”

The former college goalie stopped all seven shots he faced over the final 14 minutes of the game, and the Blackhawks skated to a 6-2 victory over the Jets.

“The initial shock happened when I had to dress. I think you just kind of black out after that,” Foster told The Associated Press at the time.