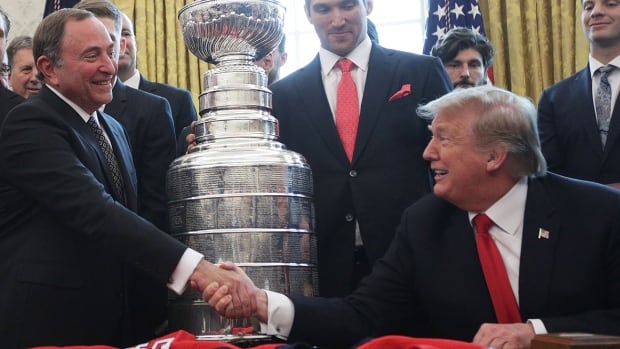 President Donald Trump is optimistic pro sports can return to having fans in the stands by August or September, he told league commissioners on Saturday, ESPN reported.

ESPN reported the president said he believes the NFL should be able to start its season in September, as planned. Still, medical experts have not weighed in as to whether that timeframe is feasible as the country grapples with the coronavirus pandemic.

California Gov. Gavin Newsom, however, countered Trump’s optimism that the NFL could resume on schedule with fans in the stands.

“I’m not anticipating that happening in this state,” Newsom said, according to CNN’s Ron Brownstein. Three teams — the Los Angeles Rams and Chargers — and the San Francisco 49ers play in California.

Silver, whose league was the first to suspend its season amid the health crisis, said “the NBA would love to lead the way in starting the economy” once public health officials gave the OK, according to ESPN.

During the meeting, Trump also reportedly said the leagues should join together to push for tax credits that would allow fans to deduct things such as tickets and concessions from their taxes.

From staying in shape to binge watching TV, these NHLers let us know how they are passing the hours in their houses.  3:01

Other commissioners who took part in the call were the PGA Tour’s Jay Monahan, WNBA’s Cathy Engelbert, Don Garber from MLS, Roger Penske of IndyCar, Michael Whan of the LPGA, Dana White of the UFC, Vince McMahon from WWE and the Breeders’ Cup’s Drew Fleming.

The White House press pool released the following statement after the meeting:

“Today, President Donald J. Trump spoke by telephone with commissioners of major league sports to discuss the all-of-America response to COVID-19. The President recognized the good work being done by many teams and players to care for their communities, workforces, and fan bases across the Nation. The commissioners thanked President Trump for his national leadership and for his interest in the sports industry. President Trump encouraged them to continue to support their fellow Americans during this challenging time.”