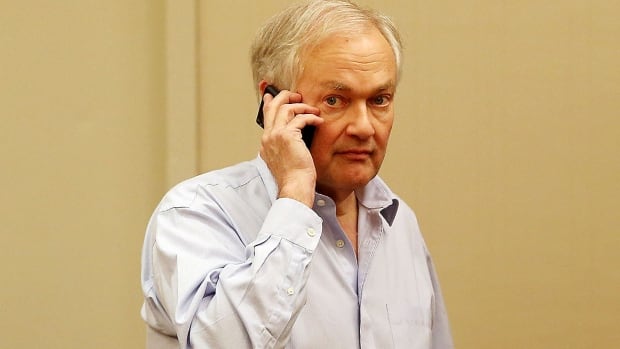 Sitting in a boardroom at the NHL Players’ Association’s sleek 12th-floor downtown office, a relaxed Donald Fehr doesn’t seem like a man getting ready for a fight.

But the union’s executive director also makes it clear his membership isn’t prepared to be pushed around a third consecutive time with labour clouds and the possibility of another lockout already starting to form on the horizon.

“It’s no secret the players made enormous concessions to the owners in the last two negotiations,” Fehr said in a recent interview with The Canadian Press. “There’s a general sense that it would be appropriate for the scales to move back in the other direction a bit. We will see.”

While another potential work stoppage is at least two years away, the clock is ticking, with fans shuddering at the memory of the 2004-05 and 2012-13 lockouts.

The NHL shut down for an entire season the first time around before the players capitulated to the owners by agreeing on a new collective bargaining agreement accented by a hard salary cap and a 24 per cent rollback on salaries.

The two sides were at odds again seven years later, with the players eventually surrendering more ground from a 57 per cent share of hockey-related revenue to an even 50/50 split on a decade-long CBA in January 2013 to end a lockout that cut the schedule to 48 games.

Both sides retained the right to end the most recent agreement after eight seasons with the option of giving notice in September 2019, meaning the next potential labour disruption could come ahead of the 2020-21 campaign.

Then again, the owners and players could decide to let the current CBA run its course, with a potential work stoppage delayed until 2022-23.

“It’s business cordial at the moment. It can get difficult if you get contested issues,” Fehr said of the current relationship between the owners and the NHLPA. “You may detest your landlord, and he may detest you.

“But if the rental agreement works for both sides, nobody’s going to seek to get out of it.”

Fehr has a general sense of what the players are feeling, and will spend the next year talking to them about the union’s next moves.

“Throwing out ideas, seeing what’s on their mind, trying to forge an internal consensus,” said Fehr, who ran baseball’s players’ association from 1985 to 2009 before taking up the same position with the NHLPA the following year. “To the extent we can have any ongoing discussions with the league to set the stages for bargaining, obviously we’ll do that.”

Important issues for the players include the despised escrow payment — a percentage of salaries is held in trust to ensure that even revenue split with owners — and participation at the 2022 Olympics in Beijing. The NHL declined to send its stars to the most recent Winter Games in South Korea in February after taking part in the previous five showcase events.

It seems unlikely, however, that the NHLPA will allow international hockey, which impacts a small percentage of members, to be used as a carrot in negotiations. The league floated a proposal to extend the current CBA through 2025 two years ago in exchange for green-lighting its participation at 2018 Olympics, but the union declined.

“Are there players that are concerned about the Olympics and would like to do something about it?” Fehr said. “Sure, (they would) like to develop international play and a World Cup.

“Are some concerned about escrow? Of course. There’s a long list of things which would follow from that. What that translates into in terms of bargaining proposals is something altogether different.”

Salaries have jumped at the high end as the cap has risen, but the consequence has been less money for the middle and lower classes of players. The NHL’s possible expansion to Seattle and the creation of 23 more jobs as early as 2020-21 — coincidentally the first option for a potential work stoppage — is also no doubt on players’ minds, although they wouldn’t see any of the US$650-million price tag for the league’s 32nd franchise.

Owners have made it fairly clear they’re happy with the current agreement, with NHL commissioner Gary Bettman stating last December, “The league has never been healthier.”

If that’s the case, it’s safe to assume the players will want a bigger piece of pie.

Fehr said that while there’s lots of time to negotiate, a looming deadline is often what brings parties to the bargaining table.

“There always are exceptions where both sides see an advantage to do something without getting to the 11th hour,” he said. “Whether that will be true this time remains to be seen.”

Fehr disputes the notion that the union showed cracks in the negotiations to end the last two lockouts despite the “enormous concessions” he referenced, and doesn’t expect there to be any problems with whatever comes next.

“They’ll be fine,” he said of NHLPA members. “They were unified long enough to stay out a year the first time around. The last time players didn’t crack, even though we eventually made a deal.

“I’m not worried about player unity provided that I and the rest of the people here do our jobs.”