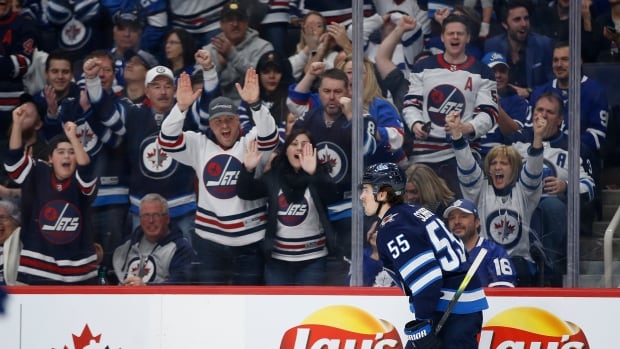 He admits being an avid hockey fan, but Dr. Anthony Chow doesn’t plan on attending any Vancouver Canucks’ games until a COVID-19 vaccine is developed.

“I don’t think I would be willing to risk attending a public event involving the masses,” said Chow, professor emeritus, division of infectious diseases, at the University of British Columbia.

“I think a vaccine is going to come, I have no doubt about that. How soon is anybody’s guess.”

The coronavirus pandemic has forced major professional sports leagues across North America to push the pause button. Billions of dollars are at stake while hockey, baseball, football, basketball, soccer, tennis and golf all ponder circumstances which will allow them to play again.

Even with provinces beginning to lift restrictions, Dr. Theresa Tam, Canada’s chief public health officer, has stressed “mass gatherings are not in any of our near futures,” when asked about the prospects of sports returning.

WATCH | A pandemic has shut down the Stanley Cup before:

But even if the NHL, CFL, NBA or MLS are given the green light, many fans have reservations around returning to arenas until a vaccine for the virus is available.

“I think if we got to the place where they said no social distancing was required [but] before there was a vaccine or before it was proven there was a herd immunity, I would feel very reticent,” said Vancouver resident Rob Anderson, who attends BC Lions games, some Whitecaps matches and the annual Rugby Sevens tournament.

“I think that would be one of the last things I would choose,” he said. “Even if they had [social distancing] you’re side by side in the bathroom, you’re in the lineups [with people]. It’s just not a risk I’d be willing to take.”

Don Park, who shares Winnipeg Jets’ season tickets, said he would attend a live hockey game but would probably wait until January.

“If they decided to play here tomorrow, or next week … I actually wouldn’t go,” said Park, a tennis fans who regularly attends tournaments in Toronto, Montreal and Palm Springs, Calif. “It’s going to be a while until I feel comfortable about going into a big crowd.”

Park’s decision about entering an arena again won’t be swayed by the development of a vaccine.

“I never take vaccines myself,” he said. “I don’t take the flu shot ever. I wouldn’t say I’m anti-vaccine but I’m sort of prone to let my own antibodies look after me.

“I don’t know whether I would take the vaccine myself unless it became very serious … if it was life or death.”

David Legg, a professor of sports management at Mount Royal University in Calgary, said how fans feel now might change over the next few months as restrictions are lessened and people began mingling again.

“Two months from now it can be a completely different context and scenario where people are not as concerned about the physical distancing to return to a sports event,” he said.

Legg remembers the anger many people vented at players and owners during the NHL labour disputes.

“People swore up and down they would never go back,” he said. “And as soon as the strikes ended, people came back in droves.

“When the NHL opens up, I suspect that we’ll have the same types of demands on ticket sales that you were seeing pre-COVID. Those passions for sports events, I don’t think it’s necessarily going to diminish over the last three or four months.”

Like other businesses, sports franchises will probably have to rethink how they operate.

Selling a reduced number of seats, social distancing in the stadiums, sensors that detect people’s temperatures, staggering how people are allowed into a building, different methods of food disruption, even more hand sanitizing stations are all options.

“They’re going to have to do that based on what people are willing to put up with,” said Legg.

“I would guess that most sports franchises right now are polling their season ticket holders, trying to get an understanding.”

Chow, the former head of the infectious diseases department at Vancouver General Hospital, said social distancing is one of the keys to defeating COVID-19 and would limit crowd sizes at events.

“Physical distancing is really the only thing that will help prevent transmission and it’s just not possible when you have a large crowd,” he said. “Even if the rules are relaxed and people are allowed to go out, I would think [the maximum number of people allowed together] would be very small, nothing like hundreds or thousands of people.”

For Chow, the safest option remains showing sports events on television that are played in empty arenas.

“Before a vaccine is available, or we know herd immunity has reached a certain point, I’m afraid that’s going to be the way,” he said.