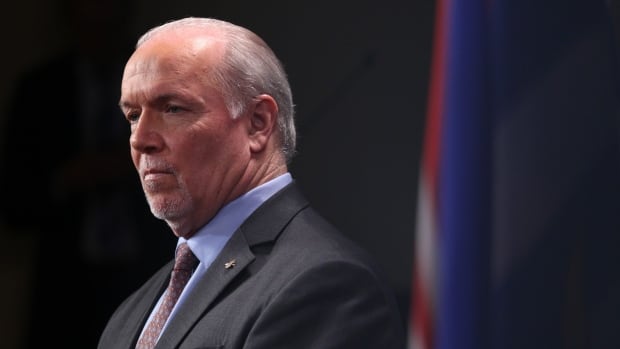 British Columbia is in the running to host NHL games if hockey is able to return this season.

He said he could see Vancouver as a potential hub city and also floated the possibility of other B.C. rinks hosting more games if the league wanted to centralize in one province.

“The sky’s really the limit,” Horgan said. “I wanted to let the commissioner know that British Columbia stands ready to assist in looking at a plan brought forward by the players and the NHL. If we can make it work, I think it would be great for B.C. and great for the NHL.”

B.C. Premier John Horgan told NHL commissioner Gary Bettman that he’s willing to work with the league to have games played in the province. 2:12

However, Horgan noted that there are a number of obstacles that remain in place, including the still-mandatory 14-day quarantine period for those entering the province.

The premier said the two sides are working co-operatively, and the NHL Players’ Association is also involved.