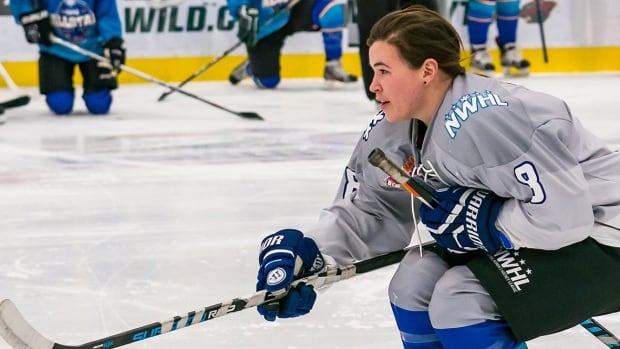 Babstock, from Mississauga, Ont., is the sixth player to join Toronto’s NWHL team after the new franchise was announced on April 22.

The Toronto team increases the U.S.-based NWHL’s number of franchises to six and comes a year after the Canadian Women’s Hockey League folded after 12 seasons because of financial instability.

“It’s a dream come true to represent my hometown team,” said Babstock in a statement. “Once we get back to playing hockey, I’m giving everything I have to Toronto, the league, our game and the fans. Let’s go.”

The 27-year-old Babstock played in the first four seasons of the NWHL — the first three as a member of the Connecticut Whale and the 2018-19 season with the Buffalo Beauts.

“There are no words to describe my joy over returning to the NWHL for a fifth pro season,” said Babstock, who made the Isobel Cup final with Buffalo in 2018-19. “I missed having the hunger to win a championship — the Izzy Cup, and I embrace this opportunity Toronto has given me.”

The other players to sign with Toronto are forwards Shiann Darkangelo and Taylor Woods, defenders Emma Greco and Kristen Barbara, and goaltender Elaine Chuli.

Babstock, Chuli, Greco, Darkangelo and Woods were all members of the Professional Women’s Hockey Players Association.

The PWHPA had balked at competing for either the NWHL or CWHL last season, instead pushing for the establishment of a single league capable of paying players a fair wage and with a financially stable long-term economic model.

It’s not clear if the players who have signed with Toronto are still members of the PWHPA.

“Our mission as the PWHPA has not changed and we are still moving forward with next season — in full force,” said the PWHPA in a statement when the Toronto expansion was announced. “Simply put, the opportunities that the NWHL will provide may be good for some players, but it’s not the opportunities that we want for our players or for future generations of young girls who will play the game at the highest level.”