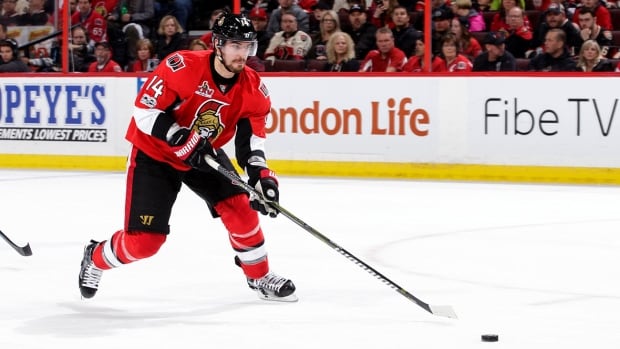 Forward Alex Burrows has announced his retirement from the NHL after 13 seasons.

Burrows, 37, made the announcement after having the final year of his contract bought out by the Ottawa Senators last week.

Undrafted by an NHL club, Burrows put in his time in the ECHL and AHL. He worked his way into a spot on the Canucks roster late in the 2005-06 season due to an abrasive style complimented by offensive talent.

He spent parts of 11 seasons with the Canucks, establishing himself as an effective pest and earning a spot on the Canucks’ top line with superstar twins Henrik and Daniel Sedin.

Known for piling up penalty minutes, Burrows also found an offensive spark with the Sedins. He hit the 20-goal benchmark four times and had a career-high 35 goals, 32 assists and 67 points in 2009-10.

The next season he had nine goals and eight assists in 25 playoff games as he helped the Canucks reach the Stanley Cup final, where they lost to Boston in seven games.

The Senators acquired Burrows from Vancouver on Feb. 27, 2017 in exchange for prospect Jonathan Dahlen. Ottawa signed Burrows to a two-year contract extension worth US$5 million the next day.

He had 11 points in 20 games for Ottawa at the end of the 2016-17 season and added five assists in 15 playoff games as the Senators reached the Eastern Conference final.

But his production fell off sharply last season, the first of his extension. He had six goals and eight assists in 71 games as the struggling Senators posted the second-worst record in the NHL.