Watch live, by clicking on the video above, starting at 12:30 p.m. ET as Flames great Jarome Iginla is in Calgary to announce his retirement from the NHL.

Born in Edmonton, Iginla would go on to become one of the biggest fan favourites in Calgary, registering 525 goals and 570 assists from 1996 to 2013.

“I don’t think there’s any question he’s the greatest Flame of all time,” said Craig Button, a television analyst who was Calgary’s general manager from 2000 to 2003.

“This is a player that’s represented everything the Calgary Flames were about in good times and bad.” 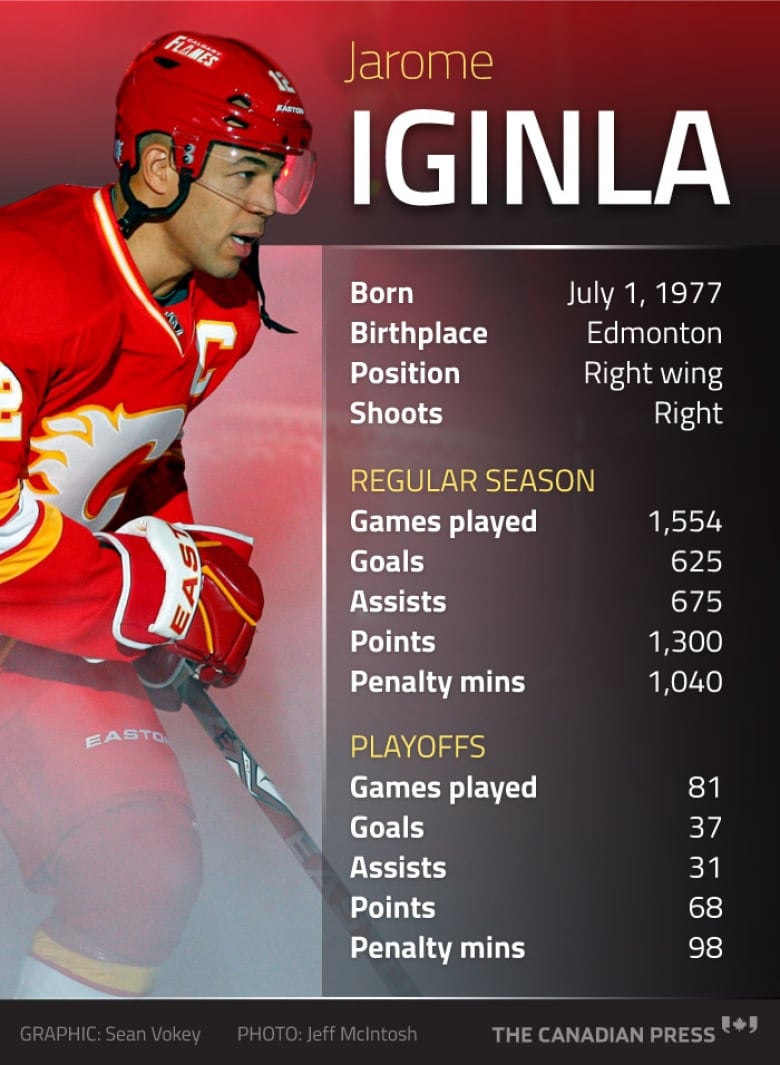