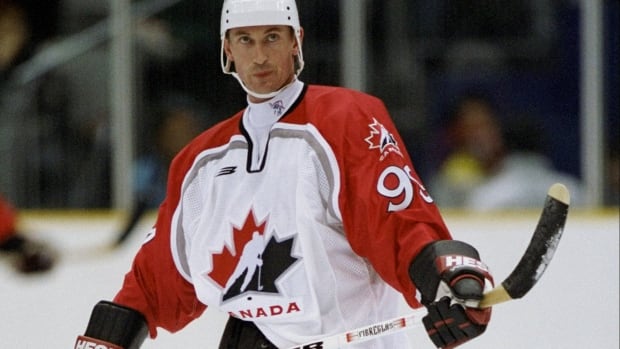 Wayne Gretzky says the NHL should again allow its players to compete in the Winter Olympics because sending the world’s top ice hockey players is “always much better for everyone.”

Speaking to The Associated Press on Thursday, the National Hockey League’s all-time leading scorer said he hopes the league and players’ association can “somehow figure this out” during upcoming talks.

Unwilling to break up the season, the NHL barred its players from playing in this year’s Winter Games at Pyeongchang, South Korea.

It’s not clear whether the league will change its stance for the 2022 Games to be hosted by Beijing.

“So, you know with the Winter Olympics being here in China, it would be so wonderful for our sport worldwide and for the people of China to see the best players in the world on centre stage.”

Olympic ice hockey would still be exciting without the NHL, giving fans a chance to see the best younger players in the world, he said, but added: “There’s a different level. If we can send the best players in the game it’s always much better for everyone.”

He was in Beijing in his role as global ambassador for Beijing’s two-year-old Kunlun Red Star of the Russia-based Kontinental Hockey League.

Though he said it may take years to truly establish ice hockey in China, he likened a local Winter Olympics to the catalyzing effect of the sport taking off in the U.S. following the underdog American team’s famous win over the Soviet Union at the 1980 Games at Lake Placid.

“So I think the Red Star Kunlun team and what they’re doing, along with the Winter Olympics in 2022, that hopefully will jumpstart this sport of ours,” he said. “And 30-40 years from now, we’ll look back and say, ‘You know what? That’s where we started and that’s where we were and that’s where we are today.”‘

Gretzky will also attend a preseason game between the Boston Bruins and Calgary Flames in the southern city of Shenzhen, marking the second consecutive year the NHL has played in China. A Summer Olympics superpower, China is spending heavily to promote hockey and other winter sports in hopes of leaving its mark on the Winter Games.

Gretzky declined to pick a favourite for this season’s Stanley Cup winner, citing the high level of parity between the teams. At least 12 of the league’s 24 teams have a shot at winning, he said.

Gretzky expressed particular hopes for the Edmonton Oilers, with whom he won four Stanley Cups, and their star Connor McDavid.

Assuming he has the right teammates, “there’s no question in my mind that one day, Connor will lift a Stanley Cup. Hopefully it happens this year for us, but he’s still young in his career.”