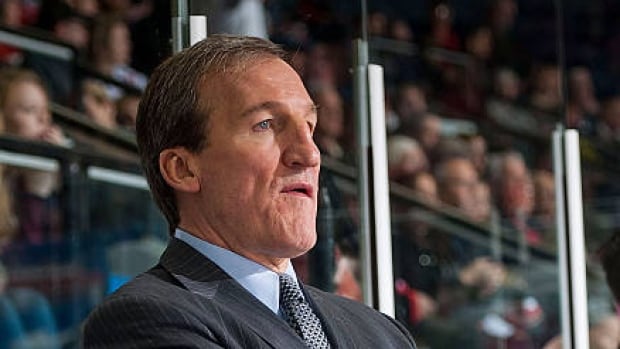 Tim Hunter knows he’s got some tough decisions looming on the horizon.

The head coach of Canada’s junior national team will soon have to invite dozens of the country’s most talented young hockey players to selection camp.

Then he’ll have to whittle the group down to a final squad to play in this year’s IIHF world juniors championship, which starts in Vancouver and Victoria on Dec. 26.

“You want competition at positions and you want lots of players that you have to make decisions on,” Hunter said.

Choosing who will go to camp got tougher this week as Hunter coached a team made up of the Western Hockey League’s best in a pair of games against the Russian junior team as part of the Canadian Hockey League’s annual Canada Russia series.

Canada won the first match up 2-1 in Kamloops, B.C., on Monday, then dropped the second bout 3-1 in Langley, B.C., the next night.

Some lesser-known names stepped up in both games, Hunter said.

“There are the guys that are the star players that are under the radar to start with, but then you take guys like Brett Leason as an example, who’s come on the radar because of his play in the early season,” Hunter said, referring to a 19-year-old right winger for the Prince Albert Raiders.

“He’s a good player and we like a lot of things about his game.”

Leason has 39 points in 17 games this season and leads the WHL with 17 goals.

Who is Brett Leason? Honestly. Here’s his 17th goal of the season in as many games. Tonight, this highlight reel goal is his 2nd goal and 4th point of the night. My goodness. <a href=”https://t.co/4KO5juxIMb”>pic.twitter.com/4KO5juxIMb</a>

But the six-foot-four Calgary native was passed up at the NHL draft last year.

The experience motivated Leason to hit the gym hard over the summer, build strength in his legs and get faster, and he started the season with confidence.

Getting called for the WHL team was exciting, Leason said, and he’s hoping his phone will ring again when it’s time for selection camp.

“It’s obviously something I’ve been pushing for for a very long time,” he said.

Guys like Leason are why Hockey Canada doesn’t make early decisions about who should come to selection camp, Hunter said.

“We want guys, if they’ve got some mojo going and they’re playing well to start the season, we want to catch that wave with these guys and get them to the world juniors,” he said.

There could be more unexpected standouts when the Ontario Hockey League and Quebec Major Junior Hockey League field their own teams against the Russians starting in Sarnia, Ont., on Thursday.

The coach’s list of potential players recently got a boost when defenceman Evan Bouchard and left winger Alex Formenton were sent back to the OHL’s London Knights.

Bouchard tallied one goal in seven games with the Edmonton Oilers this season and Formenton played nine games for the Ottawa Senators, finding the back of the net once.

Hunter said he’s looking forward to getting Formenton back and hopes he won’t be the only returnee from last year’s gold medal-winning team.

St. Louis Blues prospect Robert Thomas and Maxime Comtois of the Anaheim Ducks also played with that group and could be eligible again this year if they’re sent back to juniors.

“We’re hoping to get some of them back because of their familiarity of the template that’s brought us success, a silver and a gold,” Hunter said.

“But you can’t rely on the NHL. And you’ve really got to cheer these guys on to have success and make their dream of playing in the NHL.”