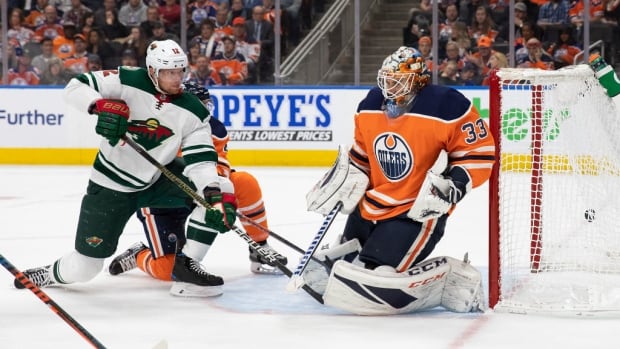 Eric Staal had a goal and two assists as the Minnesota Wild beat the Edmonton Oilers 4-3 on Tuesday.

Zach Parise, Jared Spurgeon and Mikael Granlund also scored for the Wild (7-3-2), who have won six of their last seven games.

The Oilers started the scoring eight minutes into the opening period just after a power play expired, as Ryan Nugent-Hopkins dove to poke the puck to Draisaitl, who sent his seventh goal of the season into an empty net before Wild goalie Alex Stalock could get across.

Minnesota tied it up with six minutes left in the first with a power-play goal. Parise pounced on a rebound and slipped it past Oilers goaltender Cam Talbot.

Edmonton outshot the Wild 22-14 in the first period.