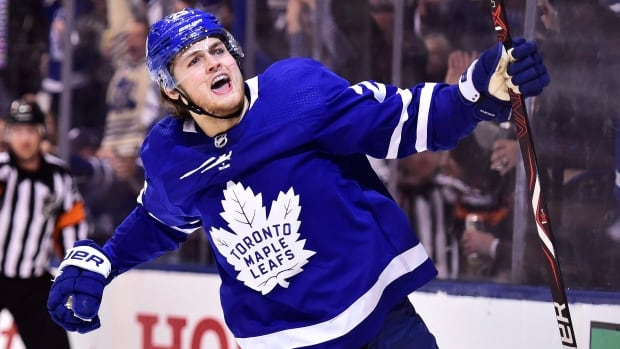 William Nylander made it clear he wants to stay in Toronto for the long haul.

Now it’s up to the restricted free agent’s representatives and Maple leafs general manager Kyle Dubas to make it happen.

On hand Wednesday night to lend his support to the Smashfest ping-pong tournament, Nylander said his preference is to sign long-term with Toronto — a contract that could stretch as many as eight seasons — rather than ink a shorter bridge deal.

Nylander is the first of the Leafs’ three young stars — Auston Matthews and Mitch Marner are the others — to hit restricted free agency after playing out his entry-level contract.

The slick winger has put up back-to-back 61-point seasons, and combined for 48 goals and 87 assists in 185 career games.

Matthews and Marner, who were allowed to start formal contract negotiations at the beginning of last month, both said recently they were already in talks with the Leafs ahead of their third NHL seasons.

Sporting a summer beard and looking relaxed, Nylander said he isn’t thinking about the possibility of not having a contract by the time training camp opens in mid-September.

“That’s between my agent and Kyle,” said Nylander, one of more than 20 NHLers on hand at Smashfest, a charity event that raises money for concussion and cancer research. “I’m waiting to see what happens.

“They’re going to negotiate it, so I don’t think that will be a problem.”

Nylander does, however, see a problem for opposing teams matching up against the Leafs after the club signed star centre John Tavares to a massive free-agent deal worth US$77 million over the next seven years on July 1.

Toronto head coach Mike Babcock mused immediately after Tavares put pen to paper that he would start training camp with Matthews between Nylander and veteran Patrick Marleau on one line followed by Tavares centring Marner and Zach Hyman.

“I think it will be lots of fun. We didn’t play at all together this year,” Nylander said of the potential new trio. “Going into training camp knowing me and Auston have some chemistry and Marleau is a tremendous player … I don’t think that anything can go wrong there.”

The so-called third line would be led by Nazem Kadri, who just happened to scored 32 goals in each of the last two seasons.

“Having that down the middle will be very hard to match up against,” Nylander said. “Some first lines will be playing against three really good centres. That means the other two lines will be able to go out and play against (an opponent’s) second and third line.”

Nylander said he was on the golf course when he learned via text message that Tavares had signed with Toronto, and recently skated with his new teammate for the first time at the Leafs’ practice facility.

“The stuff he was doing out there,” Nylander said, “was pretty sick.”