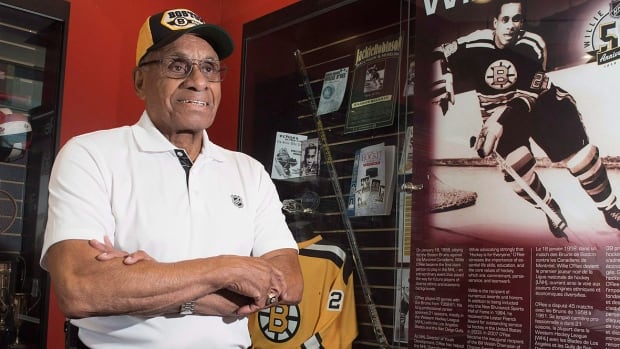 The 82-year-old Fredericton native had been eligible for induction since 1962.

O’Ree broke into the league as a right-winger in 1958 and went on to play 45 NHL regular-season games for the Boston Bruins.

Current NHL commissioner Gary Bettman will also be inducted as a builder in November.

O’Ree, who continues to make an impact on the sport, had the 60th anniversary of his first NHL game recognized by the Bruins on Jan. 18 while the league announced the Willie O’Ree Community Hero Award in April.