Winnipeg Jets’ defenceman Josh Morrissey has been ordered to pay the maximum fine after a hit that staggered Washington Capitals forward T.J. Oshie.

But Morrissey, 23, was not suspended after a hearing with the NHL’s department of player safety on Thursday afternoon.

He was ordered to pay $8,467.74, the maximum allowable under the Collective Bargaining Agreement. The money goes to the Players’ Emergency Assistance Fund.

The incident occurred at 18:35 of the third period of Winnipeg’s 3-1 home win on Wednesday. 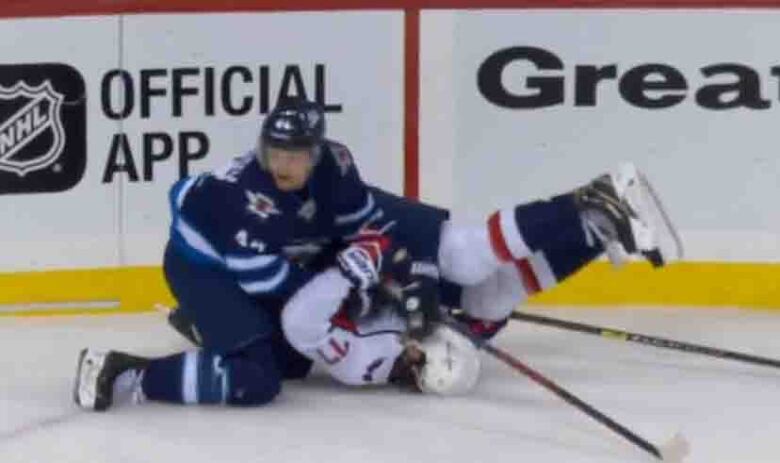 Oshie lands on the back of his helmet after being taken to the ice by Morrissey. (Sportsnet)

Morrissey and Oshie got tangled up after chasing the puck into the corner of the Jets’ end.

Morrissey then pulled Oshie backwards, slamming him onto the ice where the back of Oshie’s helmet appeared to hit the ice quite hard.

Morrissey skated away but Oshie took a few seconds to get up, then stood for a few more, doubled-up and dazed, as his teammates scrambled to tie the game, which was 2-1 at that point.

Oshie tried to get into a play in front of the net but looked slow and awkward. He lost the puck to Jets forward Kyle Connor who sent it down into the open Washington net.

Morrissey was not given a penalty on the play but NHL.com said the following grounds were considered for supplemental discipline: interference/unsportsmanlike conduct. 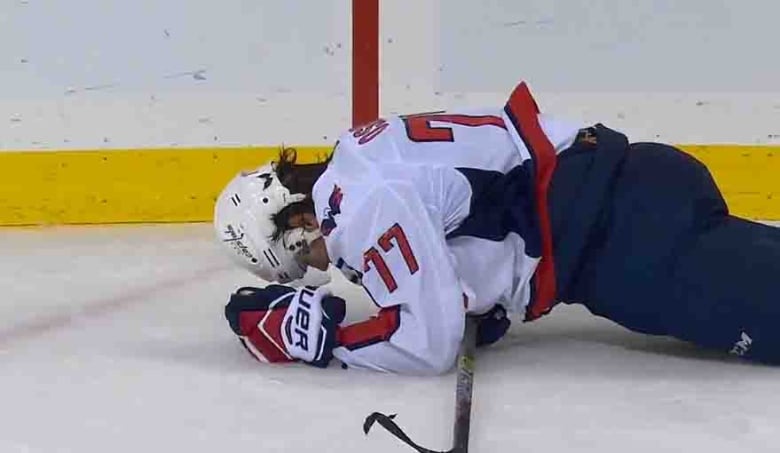 Oshie lies on the ice after being slammed down by Morrissey on Wednesday. (Sportsnet)

2nd hearing for a Jet

Forward Brendan Lemieux was suspended two games earlier this month for an illegal check to the head of Florida Panthers forward Vincent Trocheck.

The incident occurred in the second period of the Panthers’ 4-2 win over the Jets during the Global Series in Helsinki. Lemieux skated by Trocheck and hit him in the head after the Panthers forward passed the puck into the Jets’ zone.

And Oshie wasn’t the only one to be hurt in Wednesday’s game. Washington forward Evgeny Kuznetsov left the game and didn’t return after taking a hit from Brandon Tanev, whose shoulder connected with Kuznetsov’s head.

Tanev was issued a two-minute penalty for an illegal check to the head.

The Jets’ hulking defenceman Dustin Byfuglien was also the target of ire from New Jersey Devils fans after he levelled centre Brian Boyle during a game in Winnipeg on Sunday.

The hit, which appeared to be a collision between Byfuglien’s shoulder and Boyle’s head, sent the veteran Devils forward out of the game.

There’s been no word from the NHL on whether Byfuglien or Tanev will face any hearings.