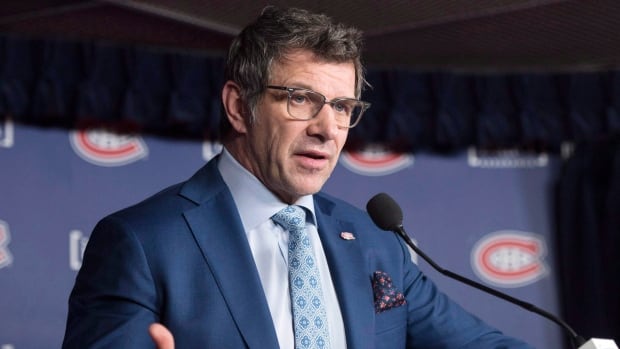 The NHL draft is in the rearview mirror and the biggest names are already off the free-agent market, but that doesn’t mean there isn’t more work to be done by general managers before training camps begin in September.

Here is one glaring question that each of the seven Canadian teams need to address before next season.

Who is going to be their top-line centre?

General manager Marc Bergevin missed out on signing any of the league’s big-named centres and found himself going back to Tomas Plekanec, who got his wish to return to Montreal after being dealt to Toronto at last season’s trade deadline. The 35-year-old is far from the player he once was and, while adding depth, doesn’t give the Habs the much-needed top-six centre they need.

Bergevin also signed depth centre Matthew Peca, who has spent most of his career in American Hockey League. The front-runner for the job likely remains Jonathan Drouin, who struggled to adapt to playing centre for most of last season. Jesperi Kotkaniemi hopes he can he can fill the void after the club used the third pick in the first round of the NHL draft to select the 17-year-old centre.

Where will captain Erik Karlsson be playing come fall?

The list of issues currently affecting the Senators is a long one, but right at the top is the drama that has circulated around Karlsson. Senators general manager Pierre Dorion made a contract offer to Karlsson on Sunday. Whether it does anything to clear up the star defenceman’s future remains to be seen. The captain’s name figures to remain in rumours as long as he does not ink an extension with Ottawa as he will become an unrestricted free agent next July.

The Los Angeles Kings signed defenceman Drew Doughty to an eight-year, $88-million US contract last Friday and that could be a negotiation point for Karlsson. Dorion would not disclose any details about discussions with the two-time Norris trophy winner and seems to understand he would never hear the end of it if he let Karlsson walk away without any return.

How will they find a much-needed top-pairing defenceman?

The signing of star centre John Tavares on the first day of free agency instantly turned Toronto into a team to pay attention to, but all the offensive power the club has will be for not if the Leafs can’t find the right pieces to solidify their defence core. New GM Kyle Dubas has six regular defencemen returning this year, with Roman Polak leaving for the Dallas Stars. Included in those six is 21-year-old Travis Dermott.

It’s too early to predict if he can go from bottom pair to minute-eater at this point of his career, but the club will be looking to get more from him in 2018-19. Dubas has some other players internally that will get a second look at training camp, including Swede Calle Rosen and Russian Igor Ozhiganov. Recent first-round picks Timothy Liljegren (2017) and Rasmus Sandin (2018) aren’t likely to be the answer just yet.

What will it cost them to re-sign their restricted free agents?

The Jets are a solid squad with four lines of depth up front and a talented blue line, but it is going to cost GM Kevin Cheveldayoff some money to keep them together. While the core of Winnipeg’s crew is under contract and the club has a fair amount of cap space to work with, the Jets still need to reach an agreement with defencemen Jacob Trouba and Josh Morrissey, as well as goaltender Connor Hellebuyck.

All three will be due a raise after last season’s contributions. Trouba is coming off a two-year, $6 million deal while Morrissey’s entry-level contract worth $1.36 million per season has expired. Hellebuyck, fresh off a Vezina-candidate season, will demand more than the $925,000 he made on his entry-level deal. The Jets should have no problem inking all three to new deals, but will have to keep funds available for their next crop of RFAs — Patrik Laine and Kyle Connor — next off-season as well as an extension for captain Blake Wheeler.

Have they done enough to solve their scoring woes?

Brad Treviling has been one of the busier GMs this off-season already with the hiring of a new coach, a blockbuster trade and the signing of sniper James Neal to a five-year, $28.75 million deal on the second day of free agency. It’ll now be up to newly hired coach Bill Peters to right the ship after Calgary missed the playoffs for the seventh time in nine seasons.

Neal can either slide right into Calgary’s top line alongside Johnny Gaudreau and centre Sean Monahan or play second line with centre Mikael Backlund and Matthew Tkachuk. Peters will have some options with recently acquired winger Elias Lindholm being the other option on one of those two lines.

Who will help out Connor McDavid?

Cap space is working against GM Peter Chiarelli as he attempts to get the Oilers back to the post-season after a disastrous 2017-18 campaign. With very little money to spend on free agents that could play alongside arguably the best player in the league, Edmonton brought 34-year-old centre Kyle Brodziak back to his home province and signed forward Tobias Rieder when unrestricted free agency opened on Sunday.

McDavid found some success with Ryan Nugent-Hopkins at the end of last season, but Nugent-Hopkins and his $6 million annual salary always seems to end up in trade rumours and may have to be moved to free up money. If Chiarelli can’t clear space for a quality player, he will have to cross his fingers that 20-year-old Finn Jesse Puljujarvi has a breakout season in his final year of his entry-level deal.

Will toughness win out over talent in an attempt to be competitive?

GM Jim Benning said the Canucks were looking to round out a group of young talent with experience and grit when the NHL’s free-agency period opened, and he followed that up by signing centre Jay Beagle and winger Antoine Roussel to four-year deals worth an average of $3 million per year.

Vancouver lost the faces of its team, and a large chunk of skill, when Henrik and Daniel Sedin announced they wouldn’t be returning this season and Benning hopes his new acquisitions can also bring leadership for the youth like Derek Dorsett did before ending his career in November due to spinal issues. A wild card heading into the season is winger Brendan Leipsic, who can also bring fiestiness to the lineup while adding some offensive flare if he’s able to crack the roster full time.