Time is running out for some NHL players that have yet to win a Stanley Cup over a lengthy career.

Smith arguably has his best chance at a Cup with Calgary after years in Dallas, Tampa Bay and Arizona. He has played just 19 career playoff games with 16 of those coming in the Phoenix Coyotes’ run to the 2012 Western Conference Final.

Things weren’t looking good for the Kingston, Ont., native early in the season when he got injured and lost his starting job to David Rittich, but he’s bounced back to retake the No. 1 role with the Flames while playing in his final season of a six-year contract.

Marleau has played the most regular- (1,657) and post-season games (184) among active players without ever winning a Cup, and is also the playoff leader in goals (72) for skaters still in the game. The Swift Current, Sask., native will be in the playoffs for the 19th time, with a loss against Pittsburgh in 2016 with San Jose being his lone Cup final appearance. His role with Toronto is much different than when he was in his prime with the Sharks as the veteran voice in a room full of youth.

Spezza was once part of a young core in Ottawa that took the Senators to the 2007 final, only to fall to Anaheim in what has turned out to be his only visit to the championship round. He’s missed the post-season in four of the past five years and is in a depth role with Dallas. But the one-time superstar has produced 65 points in 69 career playoff games including 13 points in 13 games in 2016, his last appearance in the post-season. 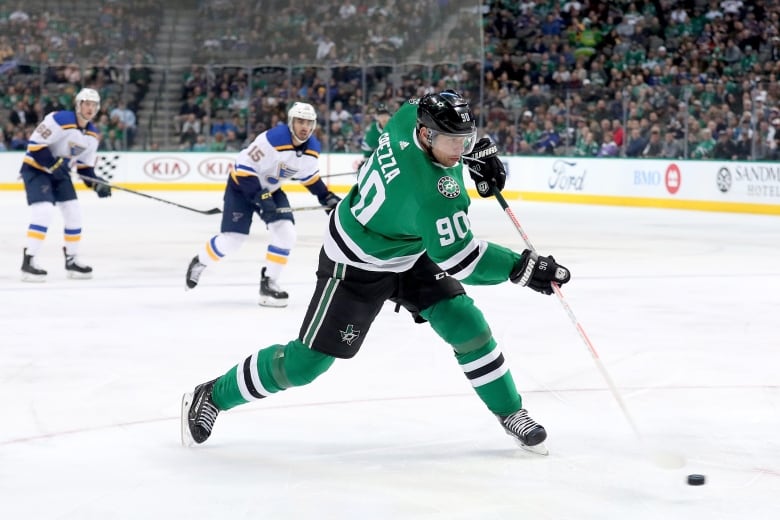 Jason Spezza has only appeared in one Stanley Cup final. (Tom Pennington/Getty Images )

Rinne is coming off a Vezina Trophy season that felt incomplete after bowing out in the second round of the playoffs against Winnipeg, despite Nashville being considered a strong contender to go all the way. The Finland native has played a ton of hockey in the last three years with 39 combined playoff games and 184 regular-season appearances. The only active goaltender with more playoff experience than Rinne (83 GP) and still without a Cup is Henrik Lundqvist of the Rangers (128).

WATCH | Pekka Rinne too much for Leafs;

The Nashville Predators shutout the Toronto Maple Leafs for the second time this season, winning 3-0. 1:42

Bouwmeester has hung around long enough to enter the playoffs sixth all-time among active skaters in regular-season games played (1,184), but has never had a true shot at winning a Cup. The Edmonton native went his first 10 seasons without ever qualifying for the post-season and didn’t make his playoff debut until 2013 with St. Louis despite being drafted in 2002. All 49 post-season games he’s played have been with the Blues. 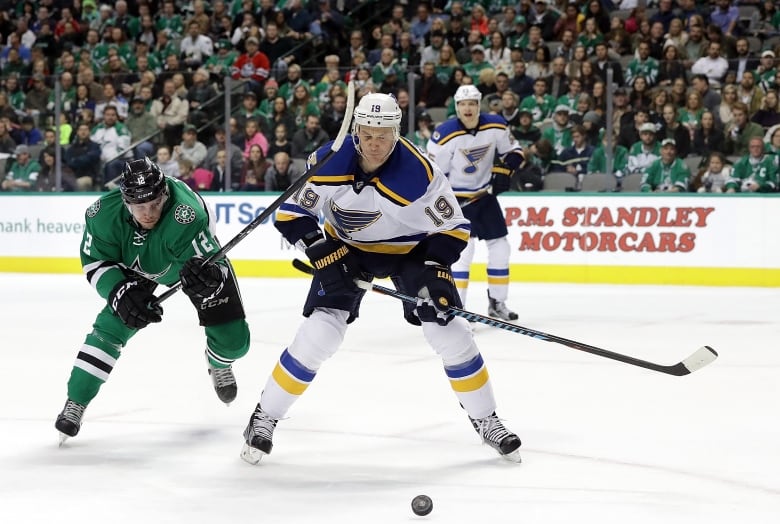 Jay Bouwmeester (19) has only made it to the Conference finals once in his long career. (Ronald Martinez/Getty Images)

Thornton has 123 points in 160 playoff games, but the closest he ever came to winning a Cup was three years ago when his Sharks bowed out in the finals against Pittsburgh. The St. Thomas, Ont., native missed last year’s post-season, sidelined with a knee injury, but came back on a one-year contract in an attempt to capture what has eluded him his entire career. 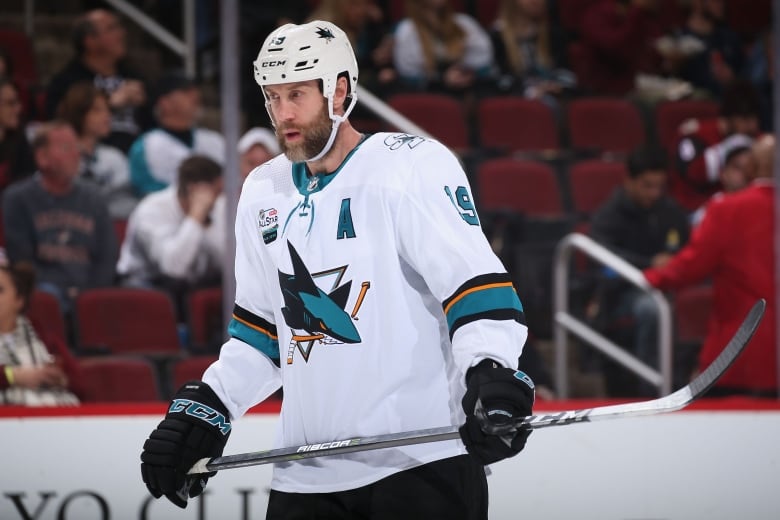 Joe Thornton was the No. 1 overall pick of the Boston Bruins in 1997. In that time he’s only played in one final. (Christian Petersen/Getty Images)

Backes will be part of in his eighth straight post-season and ninth overall, yet he has never made it past the Western Conference final after bowing out in the third round with St. Louis in 2016. Injuries have affected the Minneapolis native in recent seasons and he’s not the same power forward Boston thought it was getting when the Bruins signed him to a five-year deal after his run with the Blues, but he has the respect of his teammates after telling media he will take any role coach Bruce Cassidy requests of him. 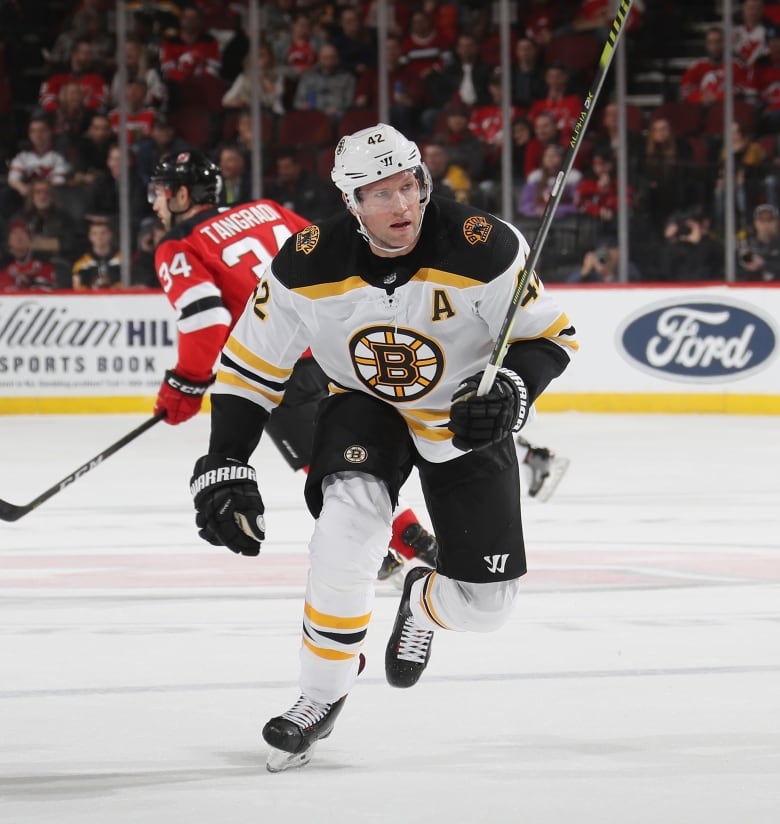 David Backes was not on the Bruins’ team that won the Cup in 2011. (Bruce Bennett/Getty Images)

Girardi’s 139 career playoff games puts him third among active defenceman behind Zdeno Chara and Brooks Orpik. The only difference is both of them have won a Cup while the Welland, Ont., native is still in search of one. Girardi had some deep playoff runs with the Rangers before being signing with Tampa Bay in 2017 and is in a great spot to finally win one with the first-place Lightning before becoming a free agent in the off-season. 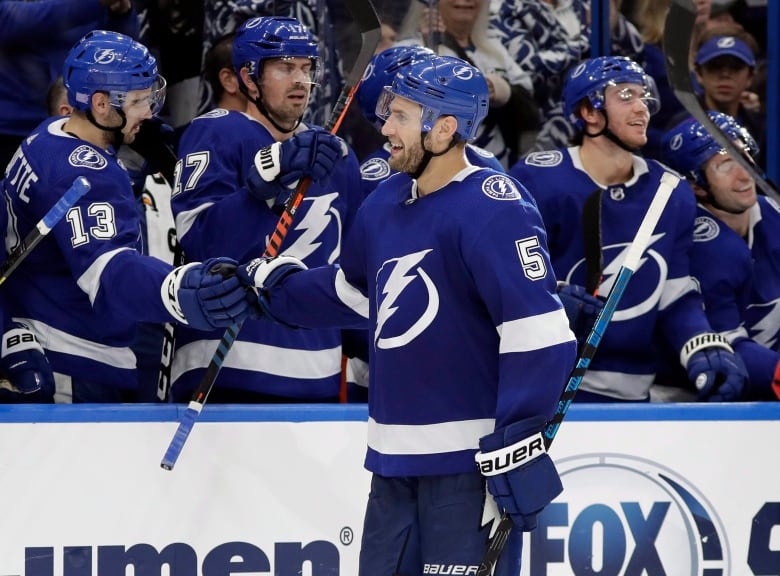 Dan Girardi’s best chance at a title is with the top-seeded Lightning. (Chris O’Meara/Associated Press)

Hendricks left Winnipeg for hometown Minnesota as a free agent in the summer but was re-acquired by the Jets at the trade deadline and will get another shot at winning the Cup even if it’s in a depth role. The Blaine, Minn., native, who didn’t make his NHL debut until he was 27, suited up in five playoff games last season for the Jets after beginning post-season play sidelined with a lower-body injury. An upper-body injury shelved him for parts of this season, but he’s healthy and ready to go if Winnipeg needs him. 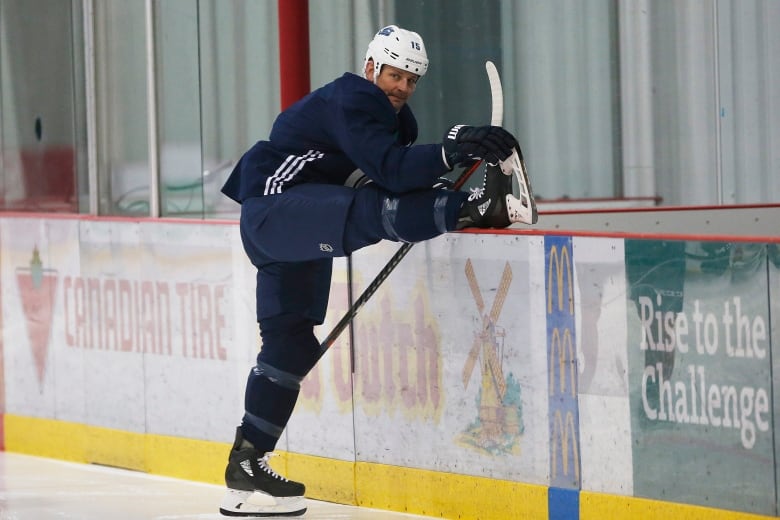 Hamhuis made his playoff debut with Nashville back in 2004 and is entering his 10th post-season this year. But a Cup final appearance with Vancouver in 2011 is the only time the Smithers B.C., native came close to hoisting it, with his eight other appearances being first-round exits. After two seasons with Dallas, Hamhuis rejoined the Predators in the summer as a free agent believing the club could offer him what’s missing, even if he’s playing a depth role. 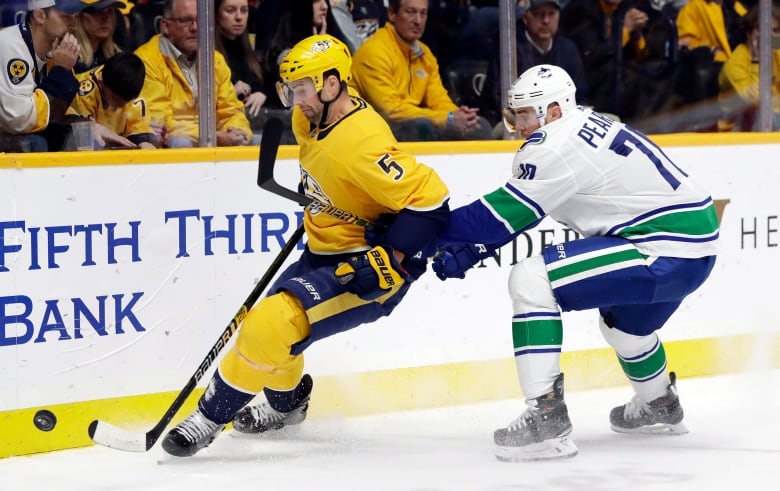