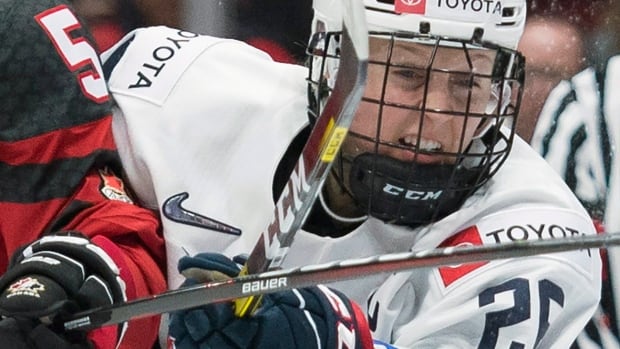 Groups of 25 players will practice in rinks in New Hampshire, Minnesota, Toronto, Montreal and Calgary, where they will have access to dedicated dressing rooms, strength and conditioning facilities as well as support staff and coaches, the association announced Wednesday.

The decision to establish hub cities came out of feedback the PWHPA received from its members following its first season.

The regionalized structure allows the PWHPA to concentrate its resources on five sites, where players can hold full practices and schedule exhibition games to increase their playing time aside from a still-to-be-determined schedule of six to eight Dream Gap Tour stops.

Last year, the association had groups gathered in eight sites, some of which lacked enough players to hold a full practice. Players also had limited chances to compete in games, with few exhibition contests scheduled around the six weekend-long Dream Gap events.

“The new structure provides players with a more professional training environment on a regular basis, which will allow us to put the best product of women’s professional hockey on the ice daily,” two-time U.S. Olympian and PWHPA board president Kendall Coyne Schofield said in a statement.

Unhappy with the financial limitations of the private investor-backed NWHL, the PWHPA instead is advocating for the creation of a professional league with a long-term sustainable economic model.

The PWHPA announcement comes a few weeks after the NWHL announced it is adding a sixth team — and first in Canada — by expanding into Toronto next season.

The 25-player regional rosters will be chosen following a tryout, and members not based in the regions will have an opportunity to compete in games.

“By condensing our regions a little more will allow us to provide better resources within those regions for our players,” PWHPA executive member Jayna Hefford told The Associated Press by phone.

“It was a priority for us to increase the level of commitment and to provide additional resources for our athletes to develop and perform at the highest levels,” she added. “This is by no means where we think they need to be or should be, but our goal will always be to provide the most professional experience that we can.”

PWHPA players are not paid, but they had their meal, travel, uniform and facilities costs picked up last year by numerous corporate sponsors including Budweiser, Secret, Adidas and Unifor, Canada’s largest private sector union. The PWHPA also had the backing of the NHL Players’ Association and several NHL teams, including the Toronto Maple Leafs, Arizona Coyotes, Philadelphia Flyers and Washington Capitals, who broadcast the final two Dream Gap stops on their broadcast network.

Though the coronavirus pandemic has caused economic uncertainty for many companies, Hefford said initial discussions indicate many, if not all, of the PWHPA’s corporate partners are committed to backing the players again next season.