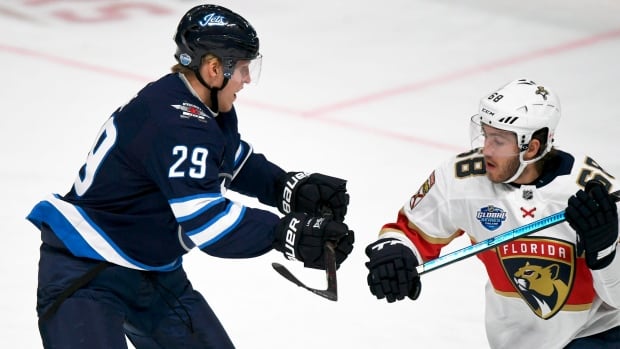 Keith Yandle had a goal and an assist and the Florida Panthers rallied to beat the Winnipeg Jets 4-2 on Friday night for a two-game split in the Finnish capital.

Yandle broke a tie on a power play with 26 seconds left in the second period, driving a slap shot past goalie Connor Hellebuyck

Hoffman tied it on a power play at 4:59 of the second.

Vatrano scored off a turnover midway through the third.