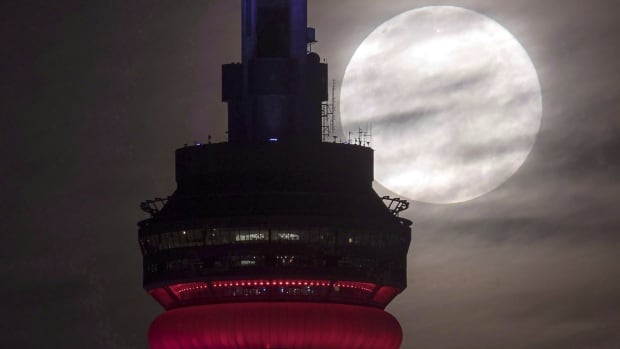 Mike Babcock says a lot of people thought he was crazy after signing on to become head coach of the Toronto Maple Leafs.

There were times in the beginning when he felt the same way.

“The first (season) wasn’t exactly a ton of fun,” Babcock recalled Tuesday. “But since that time … we’ve been a good team, a real good team. Now we’re getting to be a better team.

“It’s great to be all pumped up about life — I just know how hard the league is.”

The rise from bottom-feeder to Stanley Cup favourite has been nothing short of meteoric for Toronto, which opens the NHL’s regular-season schedule at home against the Montreal Canadiens on Wednesday night.

That initial 2015-16 campaign under Babcock was indeed painful, with the Leafs finishing dead-last with a paltry 69-point performance. But a drastic franchise remodel was in motion, one that netted them the No. 1 pick in the subsequent draft and the right to select star centre Auston Matthews.

Toronto took a big step forward by making the playoffs the following year and set a franchise record with 105 points with a young, exuberant roster last season before getting bounced from the first round for a second consecutive spring.

Then the Leafs pressed the fast-forward button on their Cup aspirations, stunning hockey by inking John Tavares, the most prized free agent to hit the market in a generation, to a massive seven-year, US$77-million contract on July 1.

Still, Babcock, who won a Cup with the Detroit Red Wings and has made the final on two other occasions as a head coach, cautioned that championship teams require a lot more than big names on a white board.

“You’ve got to line up the moon and the stars to win this thing,” said Babcock, set to enter the fourth season of an eight-year pact with Toronto worth $50 million. “Everyone thinks you just get a few good players and you’ve got a chance and they get all excited.

For the newly-arrived Tavares, Wednesday marks his debut with the team he grew up cheering for in the suburbs just west of Toronto.

The centre hopes it’s also the beginning of a path to a level of team success rarely experienced in his nine mostly fruitless seasons with the New York Islanders.

“There’s a lot of anticipation and excitement … a lot of butterflies,” Tavares said. “Different for myself for many reasons this year. Just excited to get it going and get back in competition and get everything going here for real

“You don’t ever want to take it for granted. We believe we have a really good group here.”

Tavares also pointed to the perseverance of Alex Ovechkin and the Washington Capitals, who finally got over the hump after so much playoff heartbreak with June’s Cup victory, as motivation for a group in Toronto that feels it has a five- or seven-year title window.

“They gave themselves opportunity after opportunity of being in the playoffs,” Tavares, 28, said of the Capitals. “I haven’t had many of those opportunities. You appreciate it more and more as you get older.

“Very driven by that chance to play for the Stanley Cup.”

But despite all the hype in a city bubbling with anticipation not seen in quite some time, the players are also doing their best to put things into perspective

“We haven’t proven anything,” Matthews said. “You (media) can blow it up as much as you want.

“You can pick up as many star players as you want in the off-season and all that, but if you don’t put it together come game time it’s all useless.”

Toronto does, however, have plenty of star players.

Apart from Matthews and Tavares, the forward group also includes Mitch Marner, Nazem Kadri and Patrick Marleau for what should be a potent top-9 that is still without the unsigned William Nylander. Frederik Andersen is solid in goal, but there are questions about whether the defence corps minus a true No. 1 has what it takes.

For Kadri, it’s about embracing the expectations, not running from them.

“It’s not pressure,” he said. “We enjoy each other’s company. We love coming to the rink.

“Anxious to get going.”

Babcock said the chatter around the Leafs is great, but not something he’s paying attention to at this point.

“The reason there’s excitement is because we’ve done something about it — that’s the facts,” Babcock said. “The team’s got better, so it’s exciting.

“Last year we had an unbelievable regular season. We still left (the playoffs) early.”

And unlike the last two campaigns, a similar result this season would be viewed as a resounding failure.