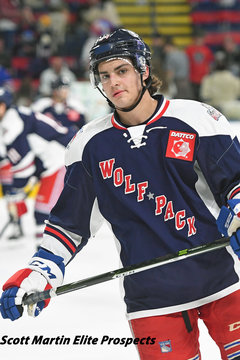 Crawley is a tenacious defensive defenceman who also showed the ability to move the puck well as the season went on in London. He loves the physical play although he is not overly big. He adjusted well during his OHL rookie season to the speed of the game and could have a big year next year on what will be a strong London team. (Tyler Parchem, EP 2015)