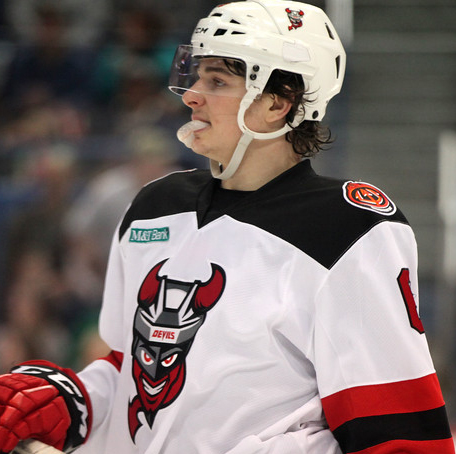 Also wore #8 for London Jr. Knights Gold Min Mdgt in 2011-12. White is a smart defenseman who skates well and makes good passes. He was buried on a deep Soo team this season so his numbers are lower then they could have been on a weaker team. He is not overly physical on the backend but has a good stick and is often in the right position to break up the play. Could potentially break out next season and could be a smart pick in the later rounds. (Tyler Parchem, EP 2015)