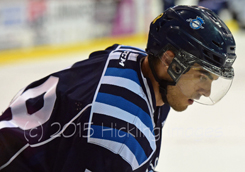 A tenacious two-way defenceman that has a distinct willingness to do whatever it takes to keep his team up. Battles hard for puck possession and has a very good active stick. Not consistent enough to be relied upon in all situations, especially under high pressure, but is definitely getting there and his game is rounding out well at an accelerated pace. Possesses a hard, accurate shot and is creative with his passes. As such, his primary function as an offensive defenceman is to be played on the forecheck and in situations where pressure is sustained. All-in-all, a hard-nosed two-way defenceman that has the raw tools and the upward-trending tendencies that point to a positive development path. (Curtis Joe, EP 2016)

“Strong two-way play. Great offensive instincts and abilities. Not all that flashy, but when he’s on his game he is able to become a difference-making force from the back end. Think Justin Schultz but with a little bit more aggressiveness.” [EP]