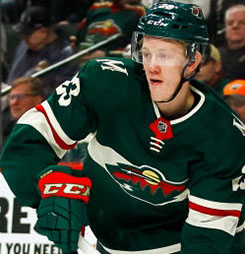 Born in Borås, Olofsson’s hometown is actually Umeå. He lived and played in California from ages 7 to 11. His family moved back from Sweden to the U.S. when he was 16, settling in Broomfield, Colorado.