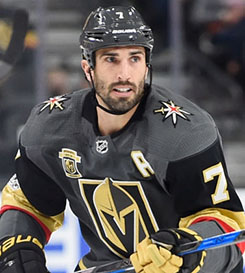 Cult/Star player for Univ. of Minnesota-Duluth

Was a forward until switching to defense with Richmond (PIJHL). Played C and house level hockey at various points during his minor hockey career (notably, he played at the house level as late as bantam).