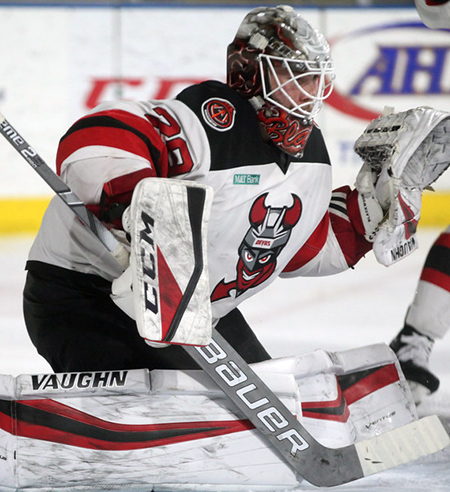 A goalie who stays calm, cool, and collected in all situations, whether down by five or leading by ten. Knows his game inside and out, and never panics. With his size, it isn’t a surprise that he excels in the traditional butterfly-style; plays the puck intelligently and is quick to react with both his blocker and glove hand. Swift, crisp lateral movements let him get into positions where shooters have nothing to shoot at. At the end of the day, you can never complain when you have a goalie who tries as hard, and plays as consistently, as Mackenzie Blackwood. (Curtis Joe, EP 2014)