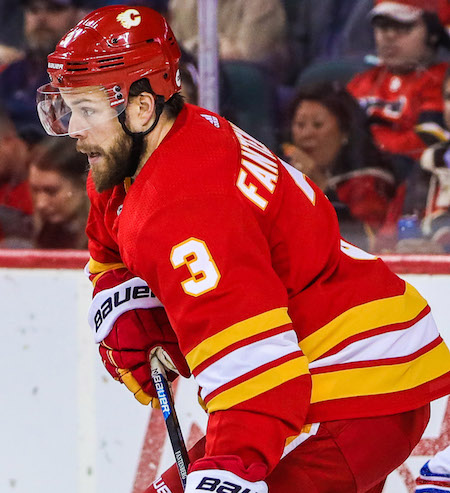 Oscar Fantenberg is one of a surprising bunch of undrafted European defensemen who are breaking into the NHL this season. At 26, he is getting his first taste of North American ice with the L.A. Kings and AHL Ontario Reign.

Fantenberg is from Ljungby, a small town in the south of Sweden. He began his advanced development at home in 2007, in the IF Troja-Ljungby organization. At age 16, he split his first season between their 18U and 20U teams. The next year, he tore it up at both age levels, earning himself a 3-game stint with IF Troja-Ljungby’s men’s team, who played in the Allsvenskan (Sweden’s tier-2 pro league).

At the end of the 2008-09 season, Fantenberg signed with HV71, one of Sweden’s storied hockey franchises. His strong play with their 20U team earned him another 3 games in the pros, this time in the SHL. He also played 4 more games in the Allsvenskan while on loan from HV71 to nearby IK Oskarshamn, during which time he scored his first career pro goal.

HV71 would continue to loan Fantenberg to the Allsvenskan over the following two seasons, but only ever to his hometown team, IF Troja-Ljungby. He only played a total of 21 games on loan across both seasons, and split the brunt of his time between HV71’s pro team and their 20U squad. Then in 2012-13, at the age of 21, he stuck with the big club for a full campaign. A year later he was named one of the team’s alternate captains, already being recognized for his leadership qualities at a young age.

After two straight disappointing finishes with HV71, Fantenberg signed with Frölunda HC in April of 2014, who were on the rise at the time and appeared poised to win a championship. They did so two seasons later in 2015-16, with Fantenberg serving as an alternate captain and playing a crucial role as a reliable rearguard. His play also earned him a spot on Sweden’s World Championship roster that May.

All of this success brought Fantenberg to the next big step of his career: a one-year contract with HK Sochi of the KHL. The team came up just short of a playoff spot, finishing in 9th place in the Western Conference. But Fantenberg transitioned seamlessly to the KHL, and L.A.’s pro scouts clearly took notice of his abilities.

Fantenberg has looked very solid in his time in the NHL this year, and only seems to be building off his climb through the professional ranks. It seems likely that he will continue to grow into a reliable NHL defenseman.